Another Saturday morning, another sortie round Magor Marsh. Three or four Cetti's, a pair of Kingfishers and two Water Rails (including one flushed from under the boardwalk) were, once again, the best on show; the duck numbers appeared to have dropped a bit though. 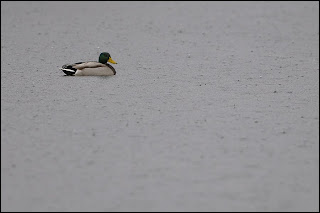 Almost an entire week in the field, when did that last happen? Not an awful lot to show for it though, when did that last not happen? There was just the glimpse of a hint of a suggestion of the first few signs of movement in the air; a few more Mipits collecting in those places pipits collect, one or two new faces arriving amongst the waders, and one or two disappearing from amongst the wildfowl. Just need that first Sand Martin,... or LRP,... or Wheatear,...
Posted at 23:30 No comments:
Email ThisBlogThis!Share to TwitterShare to FacebookShare to Pinterest

I blame the RSPB but I don't care any more

Another morning pottering round Magor Marsh turned up the usual: 3-4 Water Rail, 2 Kingfisher, 2-3 singing Cetti's Warbler, another calling, and a smattering of duck.

Much the more entertaining was Hendre Lake this evening. We arrived half an hour before dusk and dutifully stood atop the viewing tump; by the time the Little Egrets were dropping in, a small group of middle-aged Robin-ticklers had gathered and every new bird was causing bins to be raised. Then, after half a dozen or so Little Egrets had dropped in, another Little Egret did the same only, this time, a voice piped-up with "There it is" and the assembled posse watched this Little Egret fly across, turn not more than 50m in front of their bins (in a very Little Egret-like fashion), and drop into the island looking remarkably similar to each of the Little Egrets that had done so not minutes earlier. Then, having seen this Little Egret, almost everybody promptly left, happy as a pig with two tails or a dog in shit (whichever you prefer). I didn't like to say anything, in fact, I didn't really see the point, they were happy.

The Great White Egret flopped in 10 minutes later; also had 1-2 Cetti's Warbler, 2-3 Water Rail and 3 Snipe, no sign of the Bittern though.
Posted at 21:11 1 comment:
Email ThisBlogThis!Share to TwitterShare to FacebookShare to Pinterest

Spent the afternoon in search of the Gwent White Egret. Goldcliff Pools, Boat Lane, Saltmarsh Lane and the eastern end of the Uskmouth Lagoons had a few large white objects dotted across them but, unfortunately, each and every one was a Mute Swan, Feral Goose, Little Egret or large lump of plastic agricultural detritus. 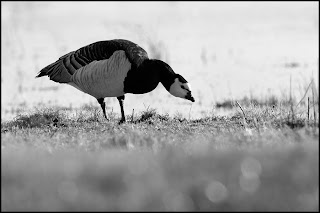 By far the best-looking bird of the day, there is nothing like wild geese,... and this is nothing like a wild goose; it seems to have a robust cable tie type 'ring' on its right leg, that'll be category E then.
Posted at 11:56 No comments:
Email ThisBlogThis!Share to TwitterShare to FacebookShare to Pinterest

The other day the leg-clamp on my tripod cracked clean through (see image below); I phoned the (always helpful) Manfrotto service gurus today and was informed this was the result of water getting into the carbon fibre and causing it to swell. To stop it happening to the rest of the clamps, it was suggested I ease the pressure off a bit by loosening the appropriate nut on each closing lever. I had not heard of this before (either the water/carbon fibre intrusion [I wonder if this is something that is particular to Manfrotto's 'Mag Fiber'?] or the 'fix') and, given the prevalence of Manfrotto in the birding realm, I thought I'd pass it on. The replacement part was £13.25, so not exactly bank-breaking, but it will have to be fitted by my own fair hand (quite possibly a task too far for a GAMI* aficionado like me).

Of course the real answer to this woe is to either pick a manufacturer that uses water-resistant carbon fibre [does it exist?]; or invest in a Gitzo (I was thinking a GT3541LS might do the trick), given they have a screw tightening clamp, as opposed to lever clamp, you wouldn't over-tighten them. Problem solved,... right, I'm off to spend £550 on a tripod. 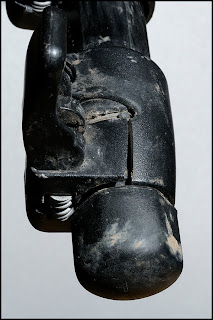 The offending crack. The nut that requires 'easing off' is at the opposite end of the spring from the lever, do I have a spanner to fit? Do I even have a spanner? Will I know which end to hold? Stay tuned folks,...

* GAMI, noun. Definition: chiefly Brit. the activity of employing a professional rather than decorating and making repairs in the home oneself. Derivatives: GAMI’er, noun. Origin: abbreviation of get-a-man-in. Antonym: DIY.

[Addendum: Manfrotto service steps up to the plate, the spare clamp was delivered within 24 hours of my order]
Posted at 18:08 No comments:
Email ThisBlogThis!Share to TwitterShare to FacebookShare to Pinterest

Pretty much over this now 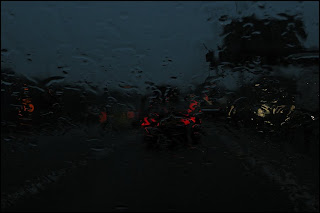 ... spent the day in righteous Hampshire,... 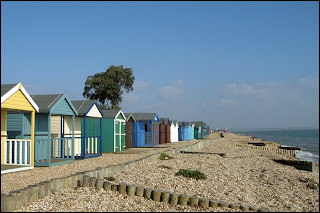 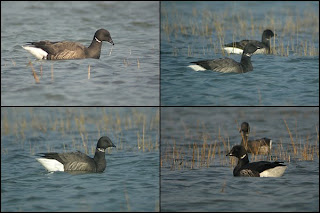 ... drove straight back into this on approaching the tolls. 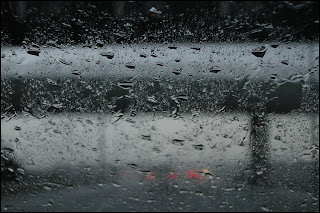 Posted at 22:22 No comments:
Email ThisBlogThis!Share to TwitterShare to FacebookShare to Pinterest

A Woodcock erupting from the bottom of a hedge near Avonmouth brightened up a wet-dry-wet-dry morning. Apart from the 'cock, a pile of feathers which were probably once part of a Gadwall, but might just have been the missing pieces of a build-your-own Gadwall, were the only other just notable find.

Took in Wentwood and Ynys-y-fro reservoirs on the way home. Bobbing about on the first, despite some disturbance at the southern end, were a Pochard x Ferruginous Duck hybrid, 36 Pochard and 81 Tufted Duck (including the 'dusky flanked' male,... a hint of Ring-necked Duck genes past?). Tucked in on the eastern bank, a male Mandarin did its level best to avoid detection but, given they look like an explosion in a fireworks factory, didn't prove too hard to pick out. Ynys-y-fro, another site presently the subject of some disturbance, held a female Goldeneye, 18 Pochard and 49 Tufted Duck.

Once home, I realised it was pancake day,... yay!
Posted at 20:10 No comments:
Email ThisBlogThis!Share to TwitterShare to FacebookShare to Pinterest

The rise of autonomous machines 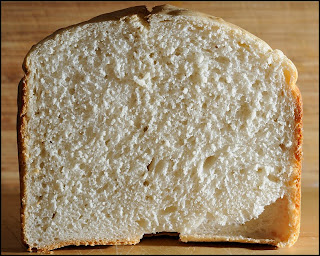 My bread making robot and I managed this in less than two hours; if you look closely you can see his fingerprints.
Posted at 23:27 No comments:
Email ThisBlogThis!Share to TwitterShare to FacebookShare to Pinterest

At least two of the Cetti's have made it through the winter at Magor Marsh. The only other mentionables, noted in a quick hour on site this morning, were: 1 Water Rail, 3 Shoveler and 5 Gadwall. The reserve was being readied for some form of open day, of the mini-events being set-up around the site, I think the "Can you jump as far as a frog" was definitely shaping-up to be the most fun, turns out the answer (for your twinkle-toed correspondent at least) is "Yes".
Posted at 15:59 No comments:
Email ThisBlogThis!Share to TwitterShare to FacebookShare to Pinterest

I got sent an email from Blackwell's today, apparently they are selling Frans Lanting's "Life: a journey through time" at half price (see here). This may, or may not, interest you but it is a stunning collection of images from one of the few natural history photographers that merits the tag 'artist'. If you aren't yawning yet, you can see more about the project that spawned the book here.

Many more altruistic posts like this and the Vatican will be calling to book a date for my canonization. "Saint Darryl of Nowhere-in-particular", catchy, huh?
Posted at 23:53 No comments:
Email ThisBlogThis!Share to TwitterShare to FacebookShare to Pinterest

Finally, a day in the field, unfortunately not a lot doing,... nice weather though. There did seem to be a lot of death about today; found carcasses of Mipit, Lapwing, Herring Gull and a species of swan (though I don't know which species), all four were suffering from nasty cases of not-breathing-anymore.

On an even brighter note, I learnt two cool factoids today: a. Florence Nightingale was a statistics buff and the first female member of the Royal Statistical Society (thanks to Radio 4 for that one); and b. in proportion to their size, banana slugs have a huge penis (thanks to the Natural History Museum for that one).

Finally, as if I hadn't had a full enough day as it was, found these two little fellas peering out from the bottom of a near bursting hard drive this evening, pretty aren't they. 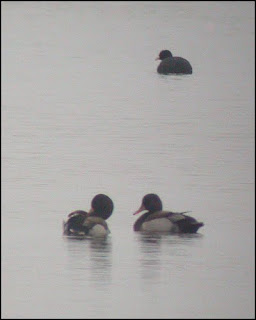 Posted at 23:53 No comments:
Email ThisBlogThis!Share to TwitterShare to FacebookShare to Pinterest 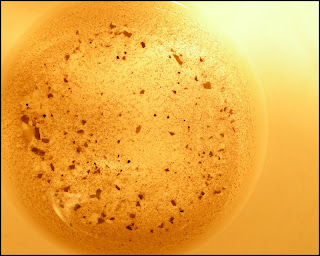 "Hello...
What have we here?
A young lady!
To what do I owe this pleasant surprise, my pretty one?
How may I be of service this dark and wintry night?
Ah, I see. You wish me to look into the future... your future.
After GCSEs, A-levels, university...
After your first badly paid job in advertising...
Okay, my pretty, just cross my palm with plastic,
And I'll see what I can do..."

As the picture above clearly shows, this year is going to be one of a cat, boat trips, mountains, desert and smelly seas, more boat trips and a disappointing October.  You heard it here first.
Posted at 22:12 No comments:
Email ThisBlogThis!Share to TwitterShare to FacebookShare to Pinterest

Just as I was about to exit, gun the bat-mobile towards Newport and seek out the fugitive parakeet, my interest was peaked by the scurrying of the kitchen oompa-loompas,... uh-oh, cake bakery occurring. 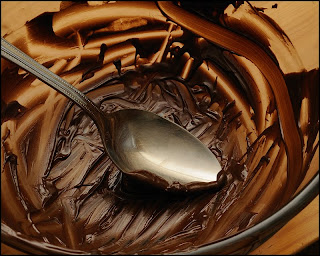 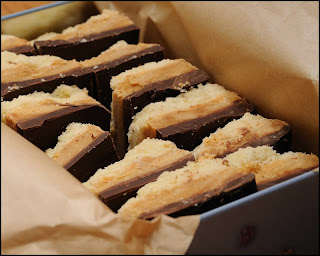 Deconstructing the alchemy,... I feel so sick. 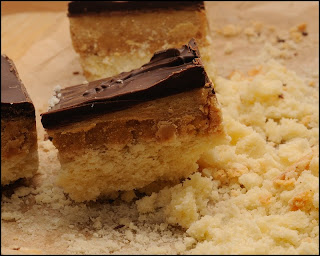 Didn't actually get as far as the parrot. Not sure I'm capable of any rapid movement just now, think I'll just lay down and listen to the footie.
Posted at 15:36 4 comments:
Email ThisBlogThis!Share to TwitterShare to FacebookShare to Pinterest

Found a funky new feature on my Nikon D300 today. Deep in the shooting menu (shooting menu-set picture control-modify existing picture controls-blah blah blah) is a 'date style' setting. Basically, you set a date and the camera uses its image processing settings to adjust the picture controls (sharpening, brightness, saturation, etc.) in an effort to recreate the picture as if taken on the required date. This is then saved as an additional profile which can then be applied (or not) later in Capture NX2. Fun huh? Here's an example (you may need to click on the pics to see the full effect): 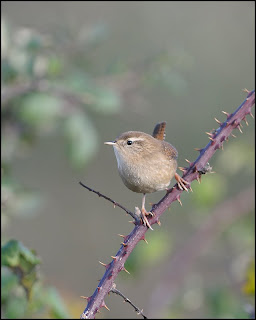 B. 1979: a Wren in the age of Brenda Ann Spencer (and, later, the Boomtown Rats), the Islamic Revolution (and, later, the hostage crisis); of Vietnam in Cambodia, China in Vietnam, Tanzania in Uganda and the Soviets in Afghanistan; Voyager prying on Jupiter and our first sight of the shuttle (and CDs); Three Mile Island, the Unabomber, Ixtoc I, SALT II, the Gossamer Albatross, Fastnet tragedy, Mountbatten (and Warrenpoint); the arrival of Thatcher (and Saddam Hussein), the birth of the One Child Policy, Pete Doherty, Usenet, Heath Ledger and the Happy Meal, the death of smallpox (sort of), Airey Neave, Sid Vicious, Marion Morrison and Mary Millington; Mother Teresa being awarded the Nobel Peace Prize (back when they were given to the deserving) and the world in the grip of an energy crisis, cold war anxiety and Lego. In response to this, Nikon seem to apply a warm-glow of nostalgia, a bit of grain, the softened and vignetted edge of a poorly hand-crafted lens, a date-ravaged semi-cross-processed colour palette and a 'chirpy' post-Vietnam, pre-AIDS, pre-climate change glint in the eye, albeit, on close inspection, there is definitely a slight furrowed browedness, perhaps he's just heard Mr. Ed is dead. 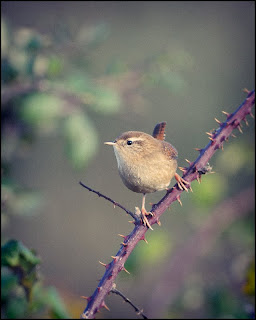 Can you tell it's February?

PS. Whilst writing this, I have been reliably informed that the Ring-necked Parakeet is still in Haisbro Avenue, quick,... to the Bat mobile! Category E Gwent-listing, it's where it's at.
PPS. I forgot to mention the 'Sverdlovsk leak' and the 'Vela Incident',... bugger.
Posted at 14:17 No comments:
Email ThisBlogThis!Share to TwitterShare to FacebookShare to Pinterest
Newer Posts Older Posts Home
Subscribe to: Posts (Atom)