The fog got the better of a day tramping upsy-downsy-alongsy-estuary so the morning was wasted with a couple of semi-successful attempts at locating trees where Waxwings formerly were, plus stops at Magor and Redwick. Basically, 'bugger all' was recorded (with ease) at all sites visited; just 2-3 Chiffchaffs and a couple of Cetti's Warblers at Magor merited a scribble on the inside of the cover of a (now defunct) road atlas. [NB. I appear to have got out of the habit of carrying my notebook; no need to write in, yes, I agree a birder lacking a notebook is about as much use as a chocolate teapot/kettle/fireguard/anything which, due to its habitual placement in close proximity to high temperatures, would be ineffectual if manufactured by combining sugar, cocoa butter, milk powder, cocoa mass/solids, whey powder, etc., etc.]

I did have a wee digital camera thingy with me though, which was lucky as I seem to have found a new mammal species for Gwent,... 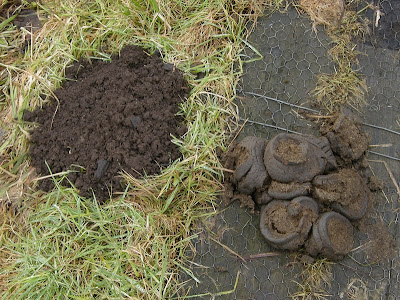 Surely not the droppings of Talpa europaea?!
Posted at 19:26 No comments:
Email ThisBlogThis!Share to TwitterShare to FacebookShare to Pinterest

A morning sortie for fennel and Waxwings was only partially successful, largely on the vegetable side of things. There are still plenty of berries on the 'new' estate near Morrison's though, so there is hope of more waxy action. A quick potter down from Fourteen Locks to Ynys-y-fro produced 1 Lapwing, 7 Teal, 11 Pochard, 1 Gadwall and a reasonable number of gulls huddling around to small open patches of water [NB. The gate to the lower basin was locked, not all the ice free water can be viewed from the causeway, I probably missed a Barrow's Goldeneye or somesuch bobbing about round the corner,... probably]. Another Lapwing was seen heading south(ish) over Rogerstone. The font of knowledge that is Wikipedia defines cliché as follows:


"A cliché or cliche (pronounced UK: /ˈkliːʃeɪ/, US: /klɪˈʃeɪ/) is an expression, idea, or element of an artistic work which has been overused to the point of losing its original meaning or effect, rendering it a stereotype, especially when at some earlier time it was considered meaningful or novel. The term is frequently used in modern culture for an action or idea which is expected or predictable, based on a prior event. Typically a pejorative, "clichés" are not always false or inaccurate; a cliché may or may not be true. Some are stereotypes, but some are simply truisms and facts. Clichés are often for comic effect, typically in fiction."

Happy Xmas y'all.
Posted at 18:17 No comments:
Email ThisBlogThis!Share to TwitterShare to FacebookShare to Pinterest

Swamped with Chaffinches at the moment, the garden is ringing with 'pink,... pink'. Only they're not pink are they? Or, at least, not entirely pink. The vast majority of mine are a varying combination of a quite deeply saturated ruddy orange on the 'face' and chin and a pastel frosty pink on the breast and flanks, with a gradient between the two tones occurring somewhere about the upper breast. I do seem to have one or two extreme birds, either entirely earthy orange or predominantly pallid pink, but they stick out from the crowd. It would be poetic justice if the former were of semi-local farmland stock and the latter wanderers from frost-nipped northern climes but, unfortunately, I fear it's just pesky within-population variation raising it's head once again. Of course, if I got out there and slapped a load more rings on them, I might get some way along the road to Chaffinch enlightenment but it's way too cold to bother the poor little blighters, so I'm just filling them with semi-locally grown seed [is Hampshire semi-local?] and hoping they hang around once the ice age breaks. 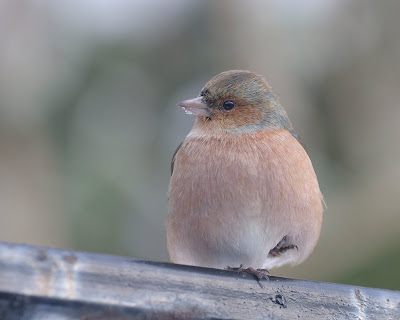 'Pink',... at least on the breast and flanks. Quite a few birds were tucking a foot away whilst perched today,... the RaSPBerries should start handing out finch slippers. 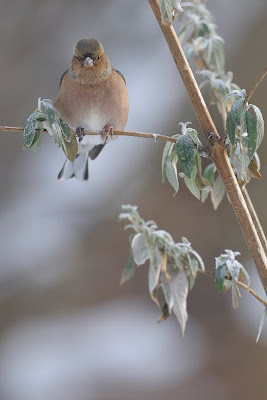 Bugger all Bramblings today and still no Waxwings,... which is precisely why I'm taking an unhealthy interest in the common shite.
Posted at 18:28 No comments:
Email ThisBlogThis!Share to TwitterShare to FacebookShare to Pinterest 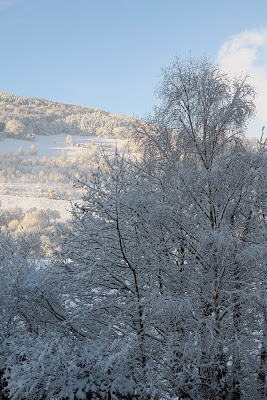 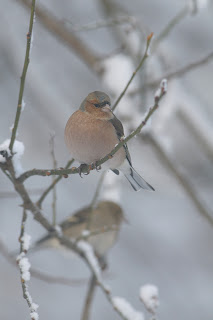 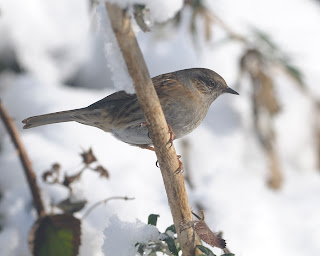 Blah, blah, blah, something about more birds.
Posted at 15:54 No comments:
Email ThisBlogThis!Share to TwitterShare to FacebookShare to Pinterest

Ringtail Hen Harrier at Oldbury today. That is all. Over and out.
Posted at 23:18 No comments:
Email ThisBlogThis!Share to TwitterShare to FacebookShare to Pinterest 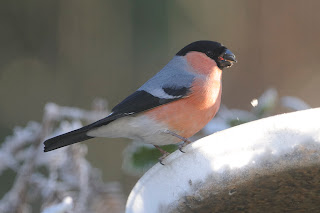 At least two of these bad boys knocking around out back at the moment. Nothing of any real interest though.
Posted at 19:53 1 comment:
Email ThisBlogThis!Share to TwitterShare to FacebookShare to Pinterest 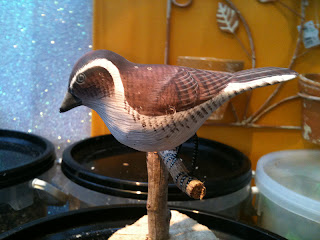 For those that don't read the Twitter feed. Showing well in Penperlleni this afternoon. Who knows what the 'artist' was thinking?!
Posted at 19:44 No comments:
Email ThisBlogThis!Share to TwitterShare to FacebookShare to Pinterest
Newer Posts Older Posts Home
Subscribe to: Posts (Atom)