An abortive trip to Staines for the 'Horned Lark' ended, after negative news and a slight detour, at Wishmoor Bottom. The Parrot Crossbills performed well enough, even managed a few recordings (albeit complete with 'twitch ambience'). The following morning, a brief stop on the way back produced three Hawfinch at Eversley GPs. A new one for the former patch. Eversley is, ironically enough, a place at which I've seen a vagrant inland Shorelark (1998! Second[?] record for Berks at the time). 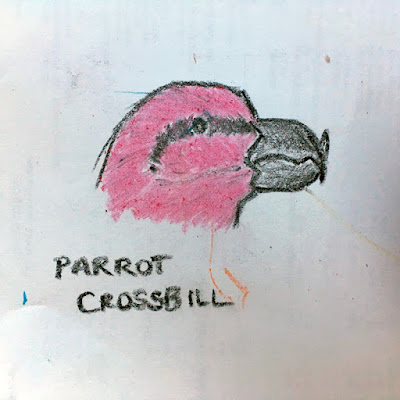 People often ask me how I get such great photographs, well, in this case, I just set the camera to 'crayon' and blazed away until I got a good shot.

Posted at 23:26 No comments:
Email ThisBlogThis!Share to TwitterShare to FacebookShare to Pinterest

Had a day out for the putative Italian Sparrow at East Budleigh. Saw the bird a couple of times, grabbed a photo or two, looks like an Italian, just need the bird to give up a feather and the DNA to support the plumage now. 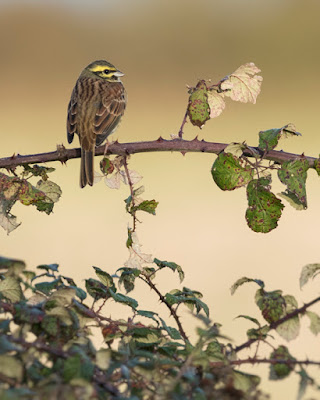 The supporting cast, one of a handful of Cirl Bunting showing rather well in the Devon sunshine.
Posted at 23:59 No comments:
Email ThisBlogThis!Share to TwitterShare to FacebookShare to Pinterest 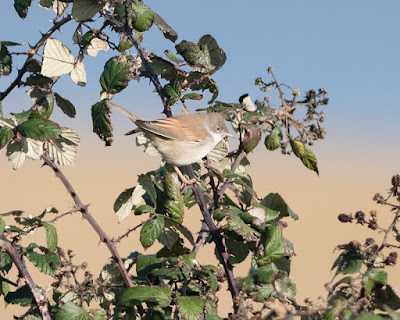 Whitethroat between Collister and West Pill, 12th November 2017. The first November record for Gwent, the previous latest being 30th October 1986.

Thought I had something good when this flicked out of the saltmarsh and disappeared into a bramble. A wintering Whitethroat isn't bad but it might have been something better.  An apparently damaged left wing seemed to explain its tardiness. Looked like and adult male (TF5 tipped pure white, TF6 edged and tipped pure white, TFs broad/rounded; no moult contrast in GCs; grey visible at base of crown feathers [when viewed from behind and feathers slightly raised]; pure grey on lores, around eye and at rear margin of ear-coverts; grey on LCs; pure white throat; yellowish-brown iris).
Posted at 11:59 No comments:
Email ThisBlogThis!Share to TwitterShare to FacebookShare to Pinterest
Newer Posts Older Posts Home
Subscribe to: Posts (Atom)