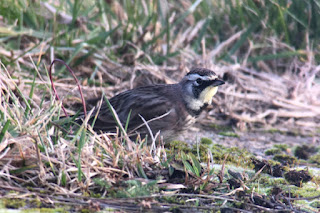 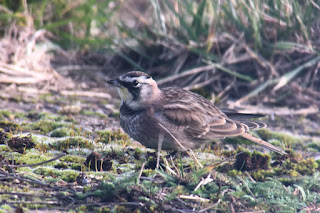 Posted at 23:48 No comments:
Email ThisBlogThis!Share to TwitterShare to FacebookShare to Pinterest

Some actual, real, not plastic geese,... in Gwent! 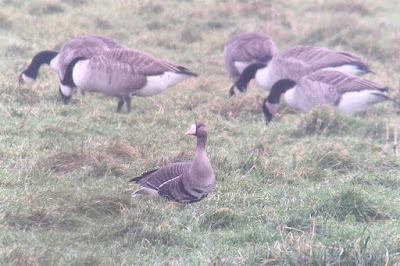 Adult European Whitefront on Wentlooge Level, one of a family party of three associating with the Greylag and Canada Goose flock between St. Brides and Peterstone at approximately ST282817 (viewable from the B4239).  Present from at least 8th January. 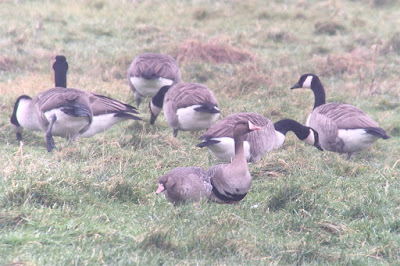 First-winter and adult European Whitefronts.  Reports of two birds in the area (e.g. on the adjacent Peterstone Lakes Golf Course) presumably involve observers overlooking the first-winter bird.
Posted at 23:21 No comments:
Email ThisBlogThis!Share to TwitterShare to FacebookShare to Pinterest 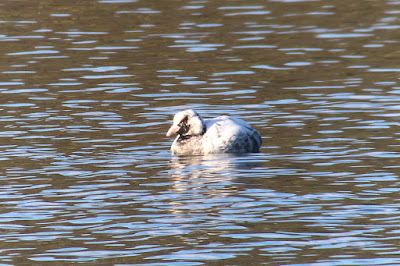 The near mythical ghost Coot of Ynysyfro Reservoirs/Tredegar House lake.  Ynysyfro's unicorn.  Brings a tear to the eye.  In other, not unrelated, news,... Ynysyfro was a bit shit again this week.
Posted at 22:35 No comments:
Email ThisBlogThis!Share to TwitterShare to FacebookShare to Pinterest 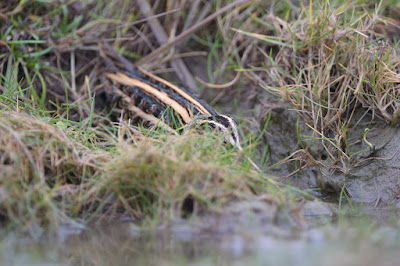 One of two Jack Snipe seen between Collister and West Pill this morning. I've blogged about it before (click here) but finding them on the deck is still one of my favourite games. Other waders present included a single Golden Plover and three Turnstone, both loosely associating with a large wheeling mass of Dunlin. 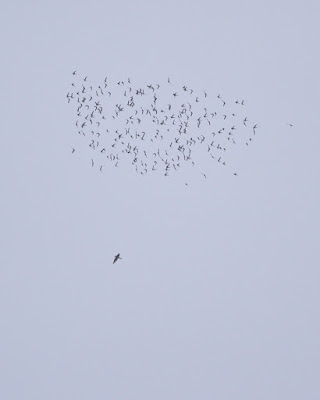 Having failed to bag a Skylark, despite a prolonged lung-busting chase, this female Merlin briefly harassed a passing flockette of Dunlin. The desultory pursuit didn't come to much, pretty sure she was just lashing out in frustration due to the lack of lark for lunch.

PS. The adult Mediterranean Gull is still doing well at the Lyne Road McDonald's thanks to their clients' inability to put litter in a bin. Are gulls the highest form of life that can survive on McDonald's food?