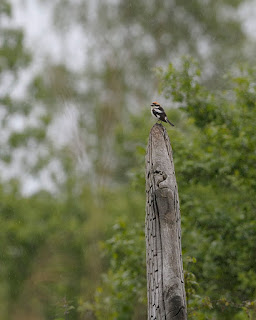 It's what your lunch hours were made for: Gwent's 5th Woodchat Shrike.  I've been waiting since 2004 to get this grip-back on the county and patch lists. 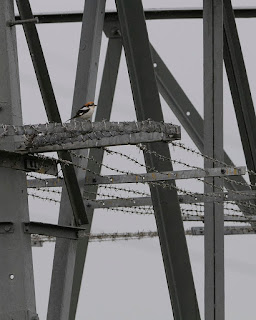 A nominate race female, definitely not the Kenfig/Morfa Tip bird; seemed to show two generations of feathers in the wing, so probably a first-summer; conditions were 'orrible though, I wouldn't want to stick my neck out till seeing it in a less bedraggled state in something approaching daylight. 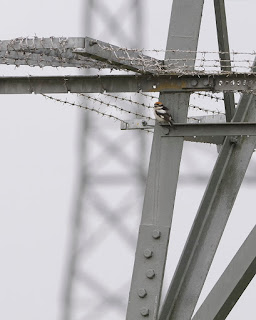 A pretty ickle bird cowering from the pissing rain and blustery westerly. The bird was feeding during most of my short visit, at one point catching a whopping great bumblebee. It dotted about between the pylon just west of the ramp at the end of Perry Lane, the wooden wings of the crashed-monster-dragonfly sculpture and nearby scrub.  Given the weather, it should hang around till tomorrow, the Met Office aren't exactly forecasting a leaper's moon tonight.
Posted at 19:31 No comments:
Email ThisBlogThis!Share to TwitterShare to FacebookShare to Pinterest

What next, spinning bow ties? 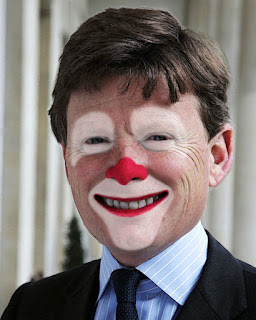 Dickie Benyon prepares to make DEFRA's next statement on the UK's wildlife.

1. Dickie is the richest MP in the House of Commons, his personal wealth is estimated at £110m and is Minister for Natural Environment and Fisheries Department for Environment [sic?], Food & Rural Affairs.

2. Amongst a varied property portfolio, Dickie owns two large estates including 20,000-acres in southern England on which gamekeepers tend to his pheasants and kill the animals that might eat them. Last year a video came to light in which one of the aforementioned gamekeepers listed buzzards as the first of the predators he blamed for eating his pheasants. [Is it beyond the wit of man to roof poult pens? And what about the rampant predation of pheasants by cars? Shouldn't we be shooting them on the assembly line?]. By sheer coincidence, in 2012 Dickie sought to use public money to capture buzzards and destroy their nests, in order to help pheasant shoots and in 2013 revisited the issue (see below).

3. Birds of prey are illegally shot and poisoned by gamekeepers on shooting estates across the UK. Luckily for the poor, down-at-heel, landowners, under UK law, they carry no liability for the killings they directly or indirectly commission. In 2012, when Dickie was challenged in the House of Commons to introduce a law of vicarious liability, under which landowners would become responsible for illegal persecution of wildlife carried out by their staff, he dismissed the proposal out of hand.

4. In 2012 Benyon refused a request to make possession of carbofuran, a poison used to kill raptors, a criminal offence causing Caroline Lucas MP to point out that "The minister's shocking refusal to outlaw the possession of a poison used only by rogue gamekeepers to illegally kill birds of prey would be inexplicable were it not for his own cosy links to the shooting lobby."

5. During Dickie’s tenure, Natural England (NE), the statutory body charged with safeguarding England’s natural wealth, has been brought to its knees through gross under-funding. Luckily for Dickie, a severely weakened NE opens up the way for landowners attempting to cash in on the natural environment. By sheer coincidence (again), Benyon's Englefield Estate has sold the rights to quarry 200,000 tonnes of sand and gravel across 88 hectares of important wildlife habitat despite opposition from his neighbours and the local wildlife trust.

6. In a recent return to all things Buteo, a weakened NE appears to have been lent on by Benyon's department to issue licences to destroy buzzard nests. DEFRA then hid behind Natural England's direct responsibility for issuing said licences in an effort to avoid criticism. DEFRA claimed "NE is charged with determining applications for licences. Ministers did not make any decisions regarding this licence". However, documents detailing a conversation between a deputy director at DEFRA and a director of NE clearly point to DEFRA's direct and active involvement in these decisions: "Insofar as a moratorium was in place (following the decision of the department to review its proposed programme of research on buzzard predation in June 2012), there is now no impediment to Natural England assessing applications for bird of prey licences" and "This position has been confirmed in subsequent Ministerial correspondence (e.g. to National Gamekeepers’ Organisation, 21/11/2012)." In addition, whilst DEFRA involved The National Gamekeepers' Organisation in correspondence on the issue, apparently, the RSPB were kept in the dark.

The above largely constitutes a ham-fisted amalgam of snippets from the following:
Martin Harper's RSPB blog posts here and here.
Michael McCarthy's article in The Independent here.
George Monbiot's blog posts on The Guardian website here, here and here.
Tom Rowley's article in The Daily Telegraph [I know! The Torygraph!] here.
And, of course, the mighty Wikipedia here.
Posted at 20:31 1 comment:
Email ThisBlogThis!Share to TwitterShare to FacebookShare to Pinterest

Summer appears to have arrived, which is odd, as spring never did. Walked to within a Cetti's Warbler song of every point of Uskmouth this morning, the mind utterly untroubled by the thought of something rare appearing. It was never going to happen. A singing Grasshopper Warbler and a few Cuckoo were the sum of the feathered it; and a Water Shrew squeaking away in the bottom of a ditch, although not seen, was probably the top all-comers highlight. 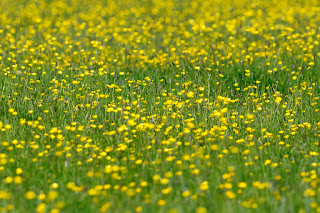 Buttercups, apparently poisonous to livestock when eaten fresh, but, due to the fact they taste like shit, usually left uneaten. Symptoms of poisoning include bloody squits [technical term], excessive salivation, colic, and severe blistering of the mucous membranes and gastrointestinal tract. 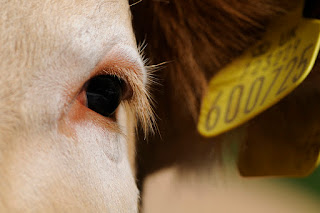 Posted at 18:01 No comments:
Email ThisBlogThis!Share to TwitterShare to FacebookShare to Pinterest

Finally, a day of multiple Odonata and a few other relatively large, obvious and pretty flying insects; nothing exciting mind, and only a few butterflies. 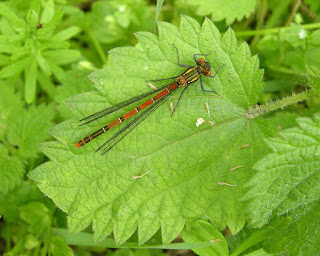 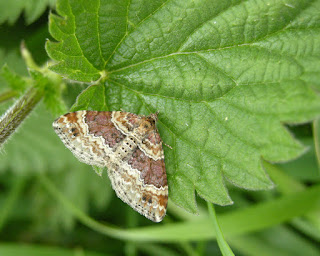 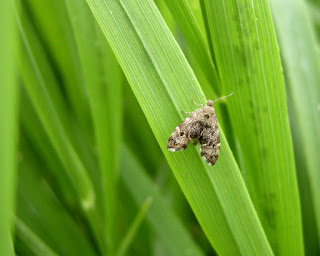 Nettle-tap Anthophila fabriciana; also had the longhorn Cauchas rufimitrella but failed to obtain a suitably sharp and shiny photo.
Posted at 20:53 2 comments:
Email ThisBlogThis!Share to TwitterShare to FacebookShare to Pinterest

What a lovely day for a saunter down the M4 and around the M25 to God's acre; and then beyond, along the M26 and M2 to the very furthest flung corner of the garden of England-England-England and the first twitchable Dusky Thrush since forever. 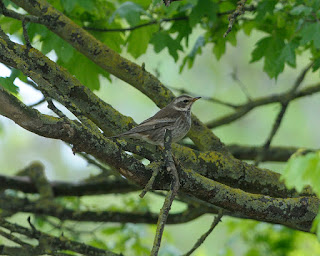 A thrush in a tree. 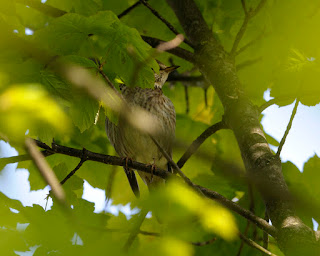 A tree in front of a thrush,... mostly.
Posted at 23:55 No comments:
Email ThisBlogThis!Share to TwitterShare to FacebookShare to Pinterest 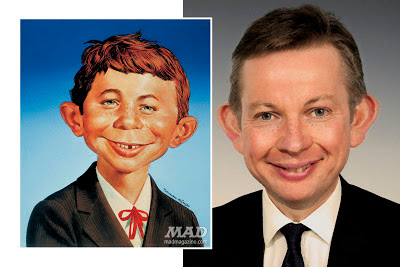 One of the above is the figurehead of an organisation whose stated aims include "... to corrupt the minds of children." The other is Alfred E. Neuman from MAD magazine. "What, me worry?"

Two recent examples of classic Govery: exhibit a. in which 'our Michael' is shown to have been using PR-commissioned puff-polls in lieu of evidence to support his meddling - http://www.guardian.co.uk/politics/2013/may/13/michael-goves-claim-teenagers-ignorance?CMP=twt_gu and exhibit b. in which a teacher Gove misrepresented/lied about fights back - http://www.activehistory.co.uk/gove.php

Not that any of his f**ktardery should come as a surprise, he is an ex-Murdoch hack, he has no experience beyond journalism and he is in charge of your children's education. Of course he is f**king it up.
Posted at 07:51 1 comment:
Email ThisBlogThis!Share to TwitterShare to FacebookShare to Pinterest 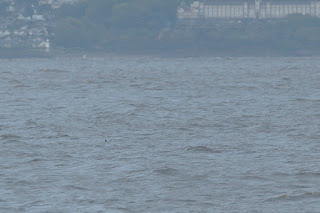 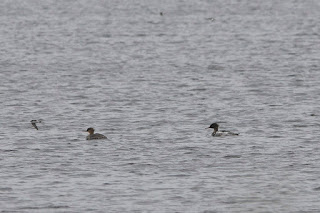 A Saturday evening of skuas and Kittiwakes and Arctic Tern and Fulmar and Storm Petrel, oh my! And a Sunday morning of very little at all saved by the reappearance of the two mergansers pretty much made up the weekend. And then it was home to a freshly baked fruit-cake. Oh yeeeeah!
Posted at 19:50 2 comments:
Email ThisBlogThis!Share to TwitterShare to FacebookShare to Pinterest

In the western woods

Once upon a time there was a birder who pottered about in the western woods.  One day a Wood Warbler, through a heady mix of pride and the allure of fame, flaunted itself in front of the birder's recording gear.  Unfortunately, though as per bloody usual, the warbler inhabited a less than perfect auditory environment but, as that describes 99.9% of the planet now (and we no longer live in a world where wishing these things away works), the birder didn't see any point in holding that against him and captured the warbler's voice for posterity because, as the birder reasoned, chances are the little silvery triller will be netted, or limed, or shot, or otherwise face his untimely demise in the grubby hands of some 'orrible ugly human before he gets to return next year. 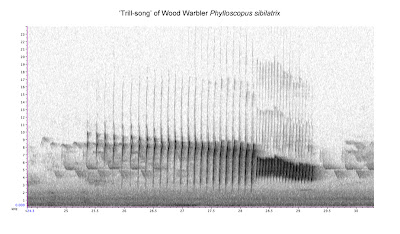 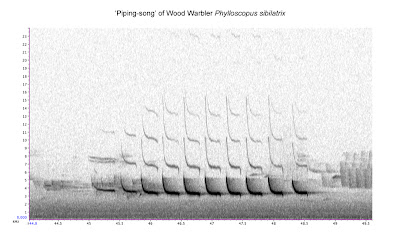 IDCD, you can get pills for that

The annual International Dawn Chorus Day walk at the Newport Wetlands was met with a strangely subdued effort by the birds in and around the reedbeds.  Heard most of the regulars, and had a single Grasshopper Warbler, but both the quantity of song and intensity of delivery was a all a bit meh.  Luckily, a brief (very brief for me) sighting of an Otter saved the day, at least for those that reacted sharpish on hearing the finders' call and managed to get on it as it slunk off into the reeds.  A flippin' patch tick,... and a furry one at that!
Posted at 23:54 No comments:
Email ThisBlogThis!Share to TwitterShare to FacebookShare to Pinterest

You hum it, he'll play it

The dead included shot Rooks and Jackdaw, a two-headed sheep, and the ghost of a Lapwing.

However, the best of the best was discovering a musical horse playing, with some panache, the string/percussion fusion instrument that is the squeaky fencepost and wire. Seemed to be having a whale of a time and, very generously, even let me have a go.
Posted at 18:49 No comments:
Email ThisBlogThis!Share to TwitterShare to FacebookShare to Pinterest
Newer Posts Older Posts Home
Subscribe to: Posts (Atom)