Not random at all 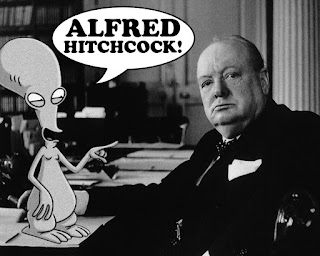 Roger meets famous people in history.
Fit the first.
That fat bloke.
Posted at 18:30 No comments:
Email ThisBlogThis!Share to TwitterShare to FacebookShare to Pinterest

I don't normally do adverts but,... 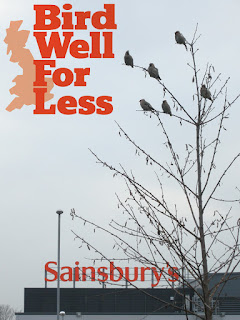 You can bird well for less than you thought at Sainsbury's.

*Disclaimer
Minimum visit 20 minutes. Online reports compared. Bird at least one comparable Bohemian Waxwing Bombycilla garrulus (e.g. same sex, age, sexual orientation). If the same bird could have been seen in less time at ASDA or Tesco on the same day you will get a coupon for the difference. Maximum coupon value 10 minutes. Maximum bird quantity of if not advertised is 10. Deals will be matched if you bird the same quantity. Multi-birds on alcohol are not available in Scotland. Excludes Cedar Waxwing B. cedrorum, Japanese Waxwing B. japonica and 18 Sainsbury’s supermarkets. Patent pending - GB1714915.89. You can bird well for less than you thought at Sainsbury’s. Based on waxwing perception data, February 2013. For terms, conditions and all exclusions click here. No waxwing at Sainsbury's has so far been shown to contain horsemeat.

Posted at 23:56 2 comments:
Email ThisBlogThis!Share to TwitterShare to FacebookShare to Pinterest

Sunny weekends in February, they look like spring, they feel like spring, but they is not spring.  Two mornings on the patch produced singing, displaying, drumming and even a little nest building but only the faintest, quite possibly deceptive, whiff of movement.

Spotted Redshank and two Greenshank at Goldcliff plus Water Pipit at Boat Lane on Friday; and Chiffchaff at Uskmouth today,...

Posted at 19:38 No comments:
Email ThisBlogThis!Share to TwitterShare to FacebookShare to Pinterest

In stark contrast to the usual trickle of inconsequential drivel found herein, and in a spirit of public service broadcasting, there follows an advertisement from the lovely people at the British Trust for Ornithology:

Would you like to participate in the BTO/JNCC/RSPB Breeding Bird Survey (BBS) in Wales but just need that extra boost to your confidence or skills? If so the BTO can help!

Following the success of last year’s initiative, coverage of BBS squares was increased substantially. Thanks to the generous support of the Countryside Council for Wales the BTO are again employing a small team of professional ornithologists to provide courses and one-to-one training of potential BBS volunteers on unallocated BBS squares around Wales.

There are a number of courses planned for March, which can be followed up by BTO trainers visiting a BBS square with you and walking you through your first visit, explaining how to record habitat data, how to record birds in different distance bands, recording mammals and how to enter your data online. These sessions are completely free and are available to BTO members and non-members alike.

Courses are currently planned for:

If you've got good identification skills for common birds and would like further details of the BBS or want to express an interest in these training sessions contact BTO Cymru on 01248 383285 or visit www.bto.org/bbs-training


Whilst I'm sure any additional surveyors in Gwent would be warmly welcomed, the BTO would be particularly interested to hear from anyone, perhaps residing up-county, that would fancy hopping over the border to Breconshire where they have a number of uncovered squares. Background information on the BBS can be found at http://www.bto.org/volunteer-surveys/bbs
Posted at 16:55 No comments:
Email ThisBlogThis!Share to TwitterShare to FacebookShare to Pinterest

[blows on a jolly Jonathan, blow tickler or fizoo in lieu of a title] 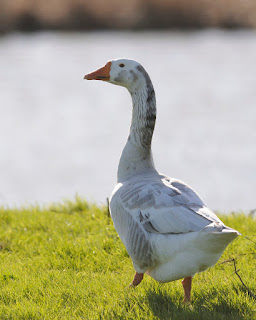 I celebrated World Wetlands Day with a high tide visit to Goldcliff Pools, much the same as I celebrated yesterday and will probably celebrate next weekend too. It was pretty quiet, good numbers of Teal and Snipe were about the sum of it, did manage four different types of feral or escaped geese though: Canada, Chinese, Greylag and Greylag x white 'farmyard' Greylag 'hybrid' type thing (see above). Joy.

Had another game of premier league 'possibles and probables' today, a multi-observer job this time,... won't bore you with the details.

Posted at 20:22 No comments:
Email ThisBlogThis!Share to TwitterShare to FacebookShare to Pinterest

Had planned a quick couple of hours at Goldcliff Point this morning, hoping for a lingering diver, but ended up at the pools on a wild dead possible auk chase.

Having arrived at the point it became immediately obvious I wasn't going to be inundated with seabirds. The wind was almost nonexistent and the only stuff moving was larid and groups of duck. A fair number of duck were also dotted across the water; mostly Wigeon, Teal and Mallard, a few Pintail and Gadwall were chucked in for good measure. Whilst sorting through a distant flock of Wigeon a Peregrine suddenly loomed into the top of the scope view. I had just noticed the falcon was on the tail of something before it was all over and the Peregrine banked, scattered the remainder of the ducks, and plucked the body off the water's surface. Trouble was, I hadn't been able to ID the something, but now the Peregrine was labouring towards the point with a small, wet, dumpy body slung in its talons. Unfortunately, before making landfall, it veered off to the west giving only ropey views. If, and it is an if,... if what I thought was the head, was the head; and if, and it is another if,... if I saw all of the bill, then it only had a short stubby bill; finally, if, and it is yet another if,... if I have duffed a Little Auk having seen hundreds of thousands last year, I'll be ever so slightly miffed.

I did charge round to the pools hoping the Peregrine would be sat scoffing an interesting brunch on an easily viewed post,... no chance.

One of the better games of 'possibles and probables' I have been involved in.

PS. Here and here are a couple of photographs of Little Auks/Dovekies to keep you/me going.
Posted at 23:27 No comments:
Email ThisBlogThis!Share to TwitterShare to FacebookShare to Pinterest
Newer Posts Older Posts Home
Subscribe to: Posts (Atom)