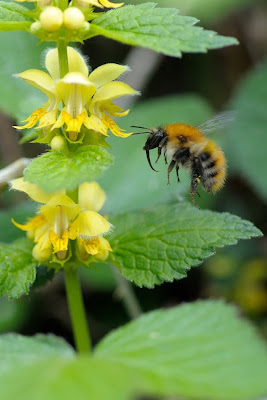 Three or four species of bumble bee in the backyard today (and a bee fly out the front). The Wood Warbler remains on territory too. Not one Bar-tailed Godwit flew over,... not one.
Posted at 22:02 2 comments:
Email ThisBlogThis!Share to TwitterShare to FacebookShare to Pinterest

They're shiny, they excite 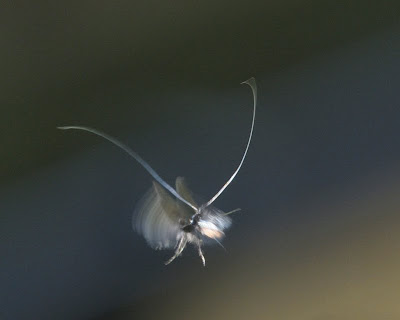 Gleamy-gleamy glinty-glinty, Adela reaumurella swarming in the back garden this evening, also a good few Common carder bees in amongst the swathes of Yellow Archangel and a good show of Bluebells. Wood Warbler singing within ear-shot of the backdoor too. It's just like Tom Bombadil's gaff here,... apart from the fact that some grubby little scrotes have set fire to the hillside just down the road.
Posted at 23:48 No comments:
Email ThisBlogThis!Share to TwitterShare to FacebookShare to Pinterest

Drat the file, and drat the bone!

Have spent the day carving a new leg for the captain from the jawbone of a Sperm Whale, very dusty affair, very dusty [sneezes]. Luckily there was no knee-joint to make, might have been tricky, just a mere replacement for a shin bone [sneezes]. Did stop briefly at lunchtime for a vomit, tomato and alfalfa sprout sandwich but then it was straight back into it.

Bumped into the Major on the train again this evening. We don't see eye to eye on a number of things but I don't think he understands. Me and the Major are from different worlds, I think that he's going quite insane, he goes along the pavement and comes back again, like he is on parade. Something like that anyhoo,... or was it just something I read,... or heard.

I'm really having trouble dreaming up new, ever more pointless, shite to put on here,... 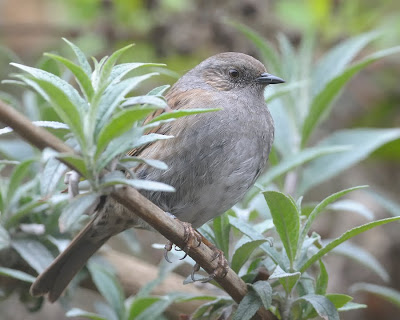 Posted at 23:12 2 comments:
Email ThisBlogThis!Share to TwitterShare to FacebookShare to Pinterest

More on the warbler

It can't be everyday that some poor Chiffchaff is misidentified as two different species between his breakfast and tea. The upshot of yesterday's shenanigans is that, should you feel the need, you can take a short stroll from the Newport Wetlands Reserve car park and take in a rather variation-laden Chiffchaff song; whether this is the result of the bird singing 'plastic'/'pre-crystallised' or just 'odd' [technical term] song, only time will tell. Today it was singing plenty of normal Chiffchaff, presumably much more so than yesterday, so my money is on the 'plastic'/'pre-crystallised' theory, and that the bird is currently going through the final stages of song development but, who knows, perhaps it was just being a shit yesterday and maliciously singing acoustic curve balls. Mind you, there is also the factoid that a little variation appears to have the ability to cause an awful lot of confusion, particularly when you chuck in the constructive/reconstructive nature of human memory, a lack of direct experience of a taxa and the apparently innate desire to pop things in a box marked "neat little box". Which reminds me,...

... the other odd phylloscopus inhabitants of the Wetlands Reserve, the mixed singing Willow Warblers (whose potential presence were definitely the source of yesterday afternoon's re-identification-misidentification). As far as I know, the bird which has spent the last few years near the bottom of Farmfield Lane hasn't been seen/heard yet this year (dead? late? gone elsewhere?) but the Goldcliff Pools car park individual is still on territory and in fine form. Joy.

Two examples of the 'odd' phrase which, at times today, the bird performed repeatedly (although always moving on to more standard Chiffchaff song afterwards). Try and ignore the Whitethroat and the father talking to his nipper in the RaSPBerry playground in the background. The bird also performed a wide variation of 'tsilp'/'chiff' notes, at least four of which are disyllabic, a lot of Chiffchaffs have disyllabic 'tsilps' or 'tsalps' but maybe this one has more than most,... at the moment.

A few phrases from our mutual friend at the pools. Disregard the frankly dilatory delivery, it was almost lunchtime, the poor fella was probably as much in need of a coffee as I was by this stage; instead revel in his artful combination of his native sweet, scale-sliding cadence and the less mellifluous 'tsilps' and 'tsalps',... musical genius? Original composition? Or did he learn it off his dad down Farmfield Lane?

Oh no, I’ve died and gone to hell, and then I’ve fallen through a trapdoor and landed on a planet inhabited by either retarded or knowingly malicious phylloscopus warblers.
Posted at 23:45 No comments:
Email ThisBlogThis!Share to TwitterShare to FacebookShare to Pinterest

Almost a complete lack of passage at Uskmouth today, just a few Grasshopper Warblers, one Lesser Whitethroat, one Wheatear and 15 Sand Martins overhead. The winter appears to have decimated (actually, worse than decimated) the Cetti's population, we appear to be down to 20-25% of recent peak numbers, just six recorded today.

A brief example of the levels of disturbance caused by the adjacent Uskmouth Power Station along the western boundary of this National Nature Reserve.

PS. Details of the machine making all the racket can be found here. Nice isn't it.
PPS. Hopefully, more on the warbler report tomorrow,... watch this cyberspace.
Posted at 23:45 No comments:
Email ThisBlogThis!Share to TwitterShare to FacebookShare to Pinterest

Whilst oscillating between Gloucestercestershire [the joke that will never tire] and South Wales I have been criss-crossing paths with: lots of Wheatear and Whitethroat, and smaller numbers of Little Ringed Plover, Green Sandpiper, Redstart, Reed Warbler and House Martin. Throughout, Swallows and Sand Martins passed by, sometimes at knee height into the breeze but mostly a tad higher up. 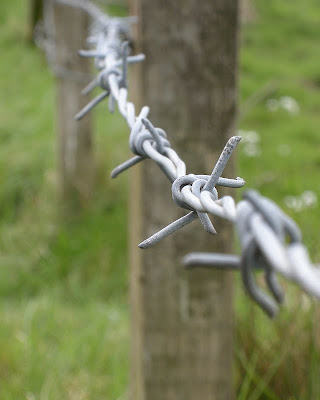 You can never have enough barb,... ask any farmer, gamekeeper, prison camp commandant, etc.
Posted at 20:00 No comments:
Email ThisBlogThis!Share to TwitterShare to FacebookShare to Pinterest

A quick pitstop on Lundy. An overcast end to the previous night produced something approaching a proper fall. Hundreds of Willow Warblers plus Chiffchaffs and Blackcaps everywhere, hopping around on the shortest turf and everything. There must have been a rare there somewhere but we didn't find it. Had to make do with a female Pied Flycatcher feeding along a wall near the cemetery. Overhead a steady stream of Swallows and Sand Martins plus a single Tree Pipit.

PS. Two of the local House Sparrows were doing near-passable impressions of Yellow-browed Warblers,... 'fwee-eeest',... gawd knows?!
Posted at 22:42 No comments:
Email ThisBlogThis!Share to TwitterShare to FacebookShare to Pinterest

"Can't get the stink off, it's been hanging round for days"

The briefest glimpse into the abyss through which we have sailed,...

[Hyperbole? What hyperbole?]
Posted at 23:59 No comments:
Email ThisBlogThis!Share to TwitterShare to FacebookShare to Pinterest 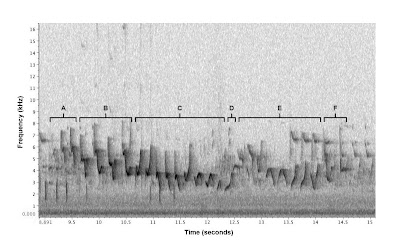 PS. The mixed singer reported from Goldcliff Pools on 28th March 2011 may well be a returning bird; there was a Willow Warbler near the car-parking area on 9th May 2010 whose song consisted of a Willow Warbler descending phrase followed by 'tsilp-tsilp-tsalp-tsilp...'
PPS. I have a sneaking suspician it isn't that rare at all.
Posted at 23:48 3 comments:
Email ThisBlogThis!Share to TwitterShare to FacebookShare to Pinterest
Newer Posts Older Posts Home
Subscribe to: Posts (Atom)