Somewhere in a land of snow and ice

Last knockings at Bryn Bach CP last night, in the gathering gloom a radiant being provides a point of light in an otherwise dark landscape in a blasted country banished from the brighter reaches of existence. 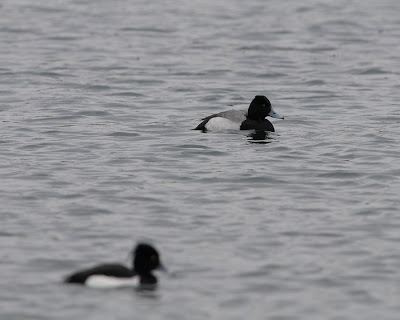 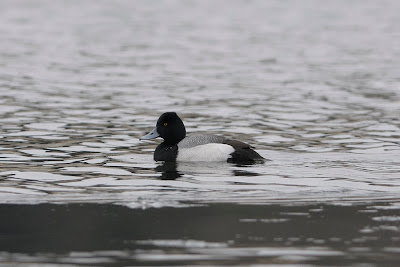 Lesser Scaup ohne Tufty. That darker 'water' in front of the bird is in fact catty ice,... in late March. Why don't we all agree to turn our backs and whoever stole spring can put it back and we can all turn round and carry on as though nothing happened.

Posted at 12:05 No comments:
Email ThisBlogThis!Share to TwitterShare to FacebookShare to Pinterest

A couple of days on the coast near Agadir completed the sit-back-and-lap-it-up tour, after dropping people in Marrakech we headed back coastwards in search of a few more specials. Highlights included: an unflushed Marsh Owl, Northern Bald Ibis, Brown-throated Martin, more Moussier's Redstarts, Black-crowned Tchagra, White-headed Duck, Red-knobbed Coot, Purple Gallinule, Audouin's and Slender-billed Gull and one or two others. 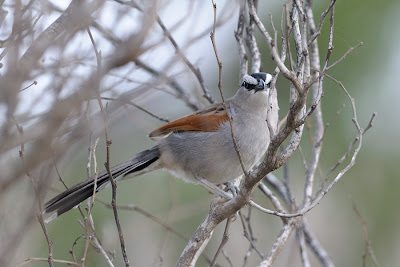 Black-crowned Tchagra, not exactly skulky, just bastards to get a clear shot of close-up. 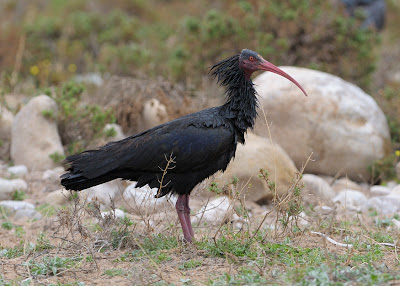 A very rare bird in the rain. Our birding along the coast, both at the end of the tour and during a sneaky little extra few days, was interspersed with the wet stuff, some of it bloody heavy and persistant. 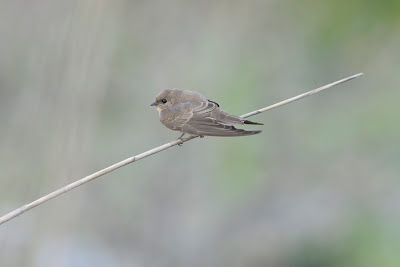 A fresh juvenile Brown-throated Martin a species which breeds during our winter. Strange things start to happen when you head far enough south. 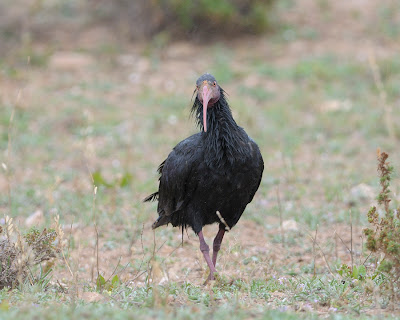 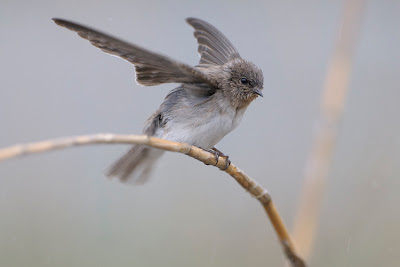 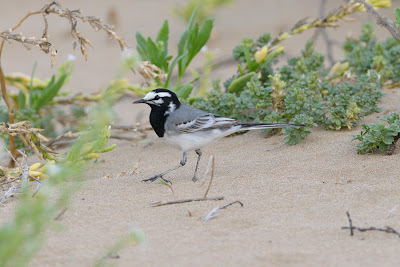 The local subpersonata White Wagtail. Give 'em time, they'll split it. Or is Collar's piece in this month's British Birds the first rumblings of a rebellion of lumpers?
Posted at 07:15 No comments:
Email ThisBlogThis!Share to TwitterShare to FacebookShare to Pinterest 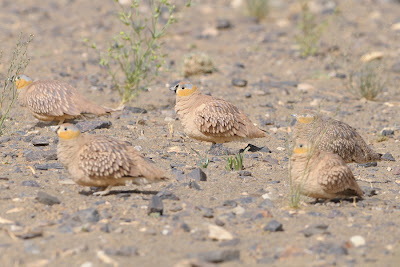 My new most favouritist sandgrouse. 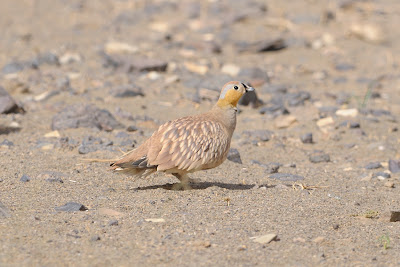 Use this cute fizzog on the posters for desert conservation and the entire Sahara would be a nature reserve within a week. 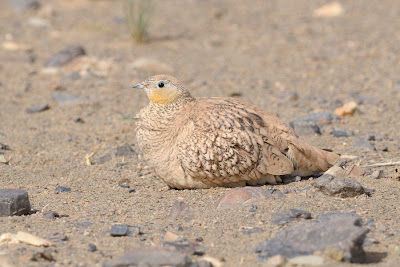 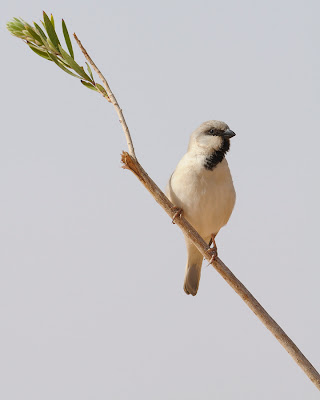 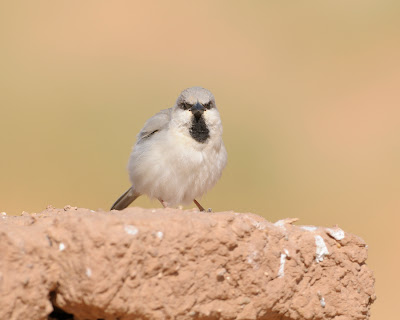 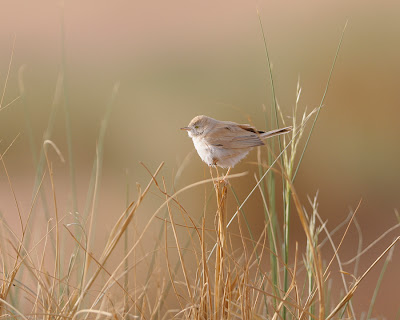 African Desert Warbler on Aristida pungens an awn grass which grows out of the dunes looking for all the world like Marram Grass. 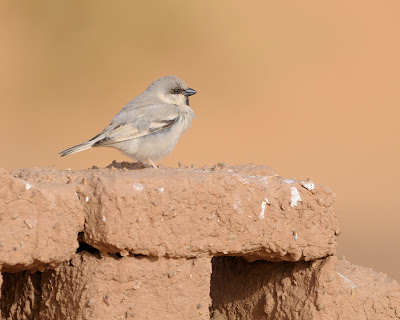 Nice song on these too, high, lilting, instantly ear-grabbing. 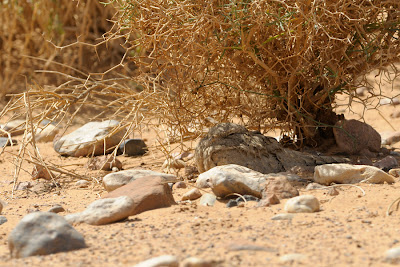 Some pebbles and a thorny bush,... wait a minute. 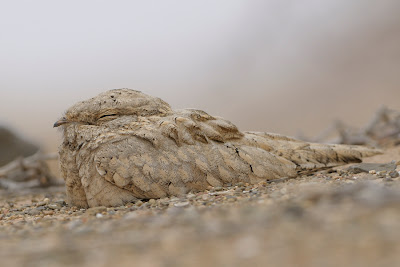 Had five encounters with these little beauties, three by day, two by night. 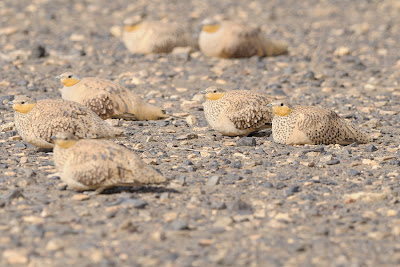 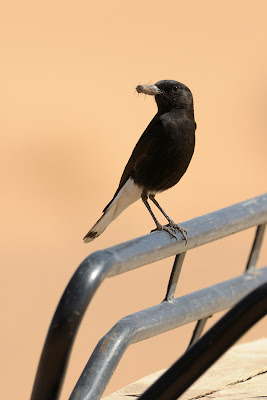 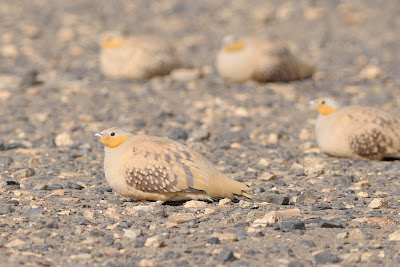 Jubbly.
Posted at 19:42 No comments:
Email ThisBlogThis!Share to TwitterShare to FacebookShare to Pinterest

After a day of travel we had five days of desert in, around and between Ouarzazate, Boumalne and Merzouga. Amongst amazing landscapes we chalked up a haul of all the usual suspects (plus a few), most of which showed down to doughnut distance. Larks included Desert, Bar-tailed, Thick-billed, Temminck's and Hoopoe (overall we ended with 12 species on the trip though we didn't try for Dupont's and somehow missed Woodlark); and wheatears included 'Western Mourning/Maghreb', Red-rumped, White-crowned Black and Desert plus migrant Isabelline and Seebohm's in a total bag of eight/nine species (depending on how you treat Seebohm's). Other goodies included: Scrub Warbler, Crowned Sandgrouse, Egyptian Nightjar, Spotted Sandgrouse, Blue-cheeked Bee-eater, Desert Warbler, Pharaoh Eagle Owl, Cream-coloured Courser, Tristram's Warbler and, bird of the trip, Desert Sparrow. 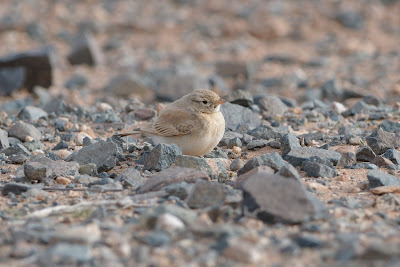 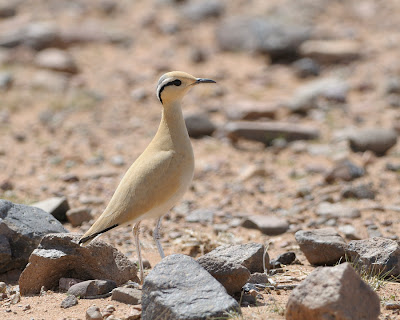 Only saw a handful of coursers but this was one of three which pottered about within yards of our vehicle. 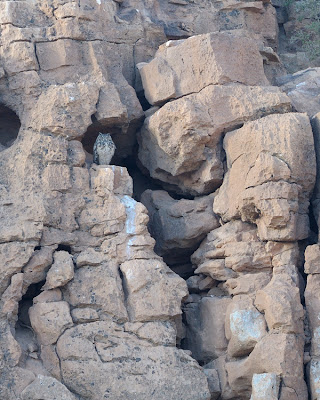 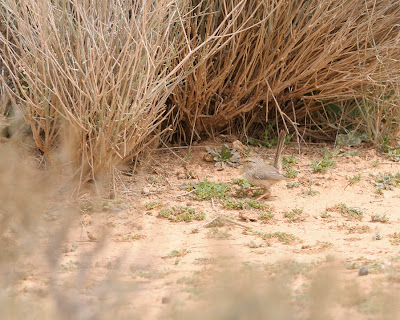 An awful photo of a mouse in birds clothing. 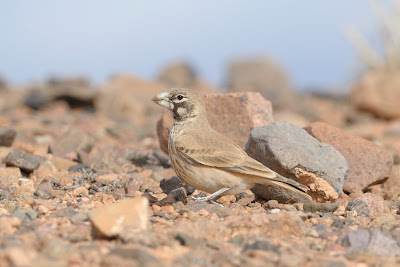 Would you look at the size of that bill. 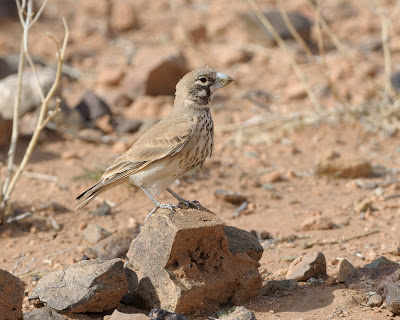 Head-on the bill isn't actually that thick, it should probably be called Deep-billed Lark.
Posted at 00:20 No comments:
Email ThisBlogThis!Share to TwitterShare to FacebookShare to Pinterest

Everyone should have a mate who runs a natural history tour company, it is pure errant madness to do otherwise. It is all the better if said mate's company ensures that for every holiday, a guaranteed percentage of the price goes to help conservation efforts in the country you are touring. Not only did I get to put my feet up for ten days, as some other poor bugger drove around Morocco, but I also gained a nice warm feeling inside whilst watching the Northern Bald Ibis (more of which later) smug in the knowledge that the SEO/Birdlife conservation program gets a donation as a direct result of me ticking the fugly bugger. For more information click here.

First stop was Oukaimeden in the High Atlas (although it didn't feel that high, no wheezing or gasping [note to self: write to the Moroccan high commission, suggest renaming the High Atlas the Reasonably High Atlas]). Highlights included 4+ Levaillant's Woodpecker along the route, then 30+ 'African Crimson-winged Finch', a Brambling (a good one for the Moroccan list[?]) and our first taste of the local moped-mounted fossil vendors and obligatory tajine. 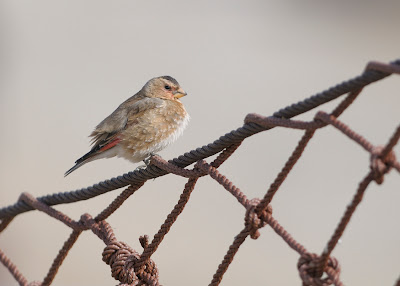 Yay! Another page of the Collins Guide done and done,... 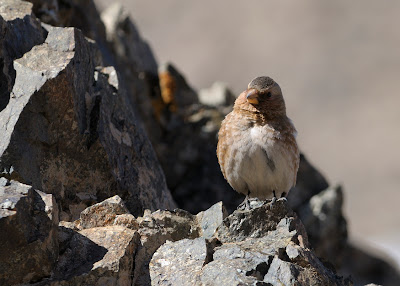 ... and now, to sit back and await another craishy Dutch inspired armchair tick.
Posted at 20:20 No comments:
Email ThisBlogThis!Share to TwitterShare to FacebookShare to Pinterest

Will blog more fully when everything is less fuzzy, in the meantime,... 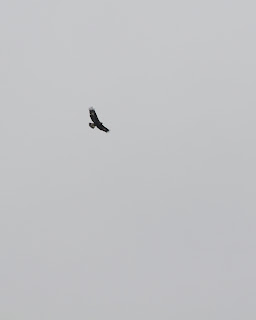 In addition to the duck and other wildfowl we saw GEagle, WEagle and a couple of nice seagull.