A late post on the fun we had last weekend

Popped in on the Gloucestcestcestcestershire Penduline Tits, then went on to take in the mixed Whitefront flock and feed the ducks at Slimbridge.  The pendies showed well, as did the geese but, as usual, the Slimbridge seed junkies stole the show. 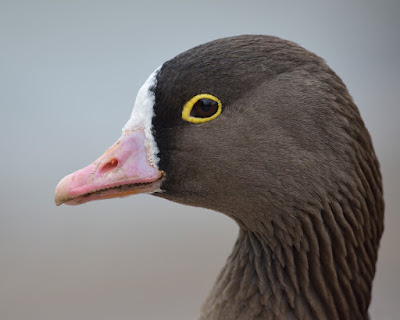 Gorgeous but, unfortunately, this was not part of the mixed Whitefront flock referred to above.  Have seen a proper one at Slimbridge though,... in 1995, just before the combination of tragic population decline and farcical reintroduction gubbins (including the release of birds "contaminated" with Whitefront genes!?) turned the species into a mythical/untickable enigma. 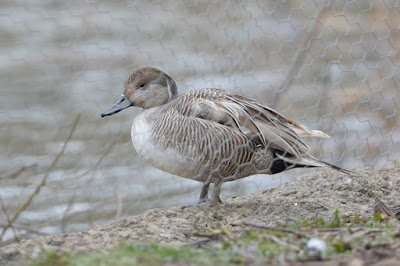 Leucistic Pintail, just one of the many gems you can bump into whilst wandering the highways and byways of restricted gene pool land.

Posted at 21:48 No comments:
Email ThisBlogThis!Share to TwitterShare to FacebookShare to Pinterest

Another one for Project Splatter 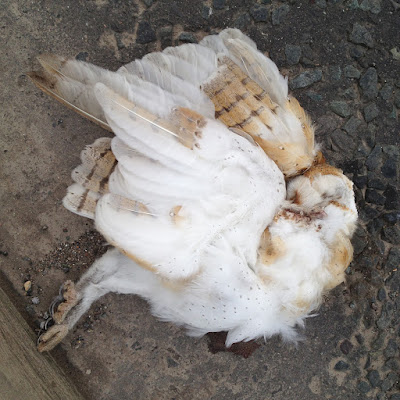 Barn Owl, near Avonmouth.  Click here for information on Project Splatter.
Posted at 22:47 No comments:
Email ThisBlogThis!Share to TwitterShare to FacebookShare to Pinterest

Two mountain bike-borne circumnavigations of the Pen-y-lan area in the last week or so.  Little of note.  Very few of our nose-diving farmland species present, just a handful of Skylark and Linnet,... no Yellowhammers yet.  Hopefully they haven't started singing and are waiting to leap out atop every hedgerow, I doubt it though. 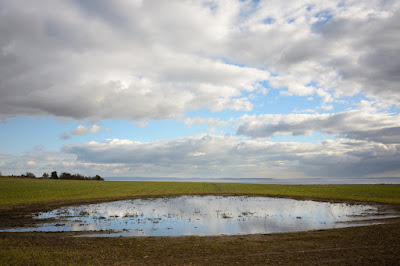 A few pools of seasonal flooding are still present in the fields, bound to attract something if it's still there in April.
Posted at 20:03 No comments:
Email ThisBlogThis!Share to TwitterShare to FacebookShare to Pinterest
Newer Posts Older Posts Home
Subscribe to: Posts (Atom)