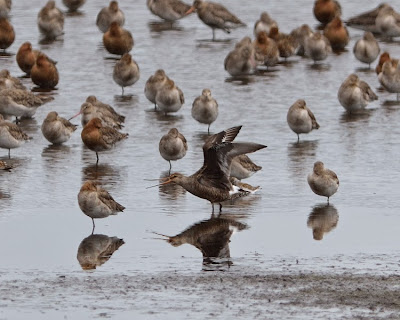 An underwing of pure velvety blackness.

Left home to do a Firecrest survey,... ended up bombing over to Meare Heath for a stonking all-of-the-whole-wide-world tick.  What a flipping beauty, showed really well, performed a couple of flypasts and then plonked itself down more-or-less as close as it could get to the assembled twitch.  What a jolly well-behaved bird.  A half-decent, albeit largely predictable, supporting cast was racked up too: Great White Egret, Bittern, Marsh Harrier, Hobby, Wood Sandpiper,...

Popped in on Goldcliff on the way home: 10 Barwit [all three godwits on the British list in a day, how terribly satisfying], 3 Blackwit, 3 Spotshank, 2 White Wagtail, etc.  Also distant flight views of two of the plastic Cranes.

Addendum: details on the Little Gull via GOS site "Goldcliff [...] 2nd-summer, flew in and landed on 1st lagoon briefly before flying off north-east".
Posted at 19:44 No comments:
Email ThisBlogThis!Share to TwitterShare to FacebookShare to Pinterest

Having vanquished the über bogey that was Pied Flycatcher, I thought it might be a bit much to expect another patch tick this spring.  But no!  Goldcliff produces another wader, albeit a rather odd one.  Flipping Stone-curlew, get in! 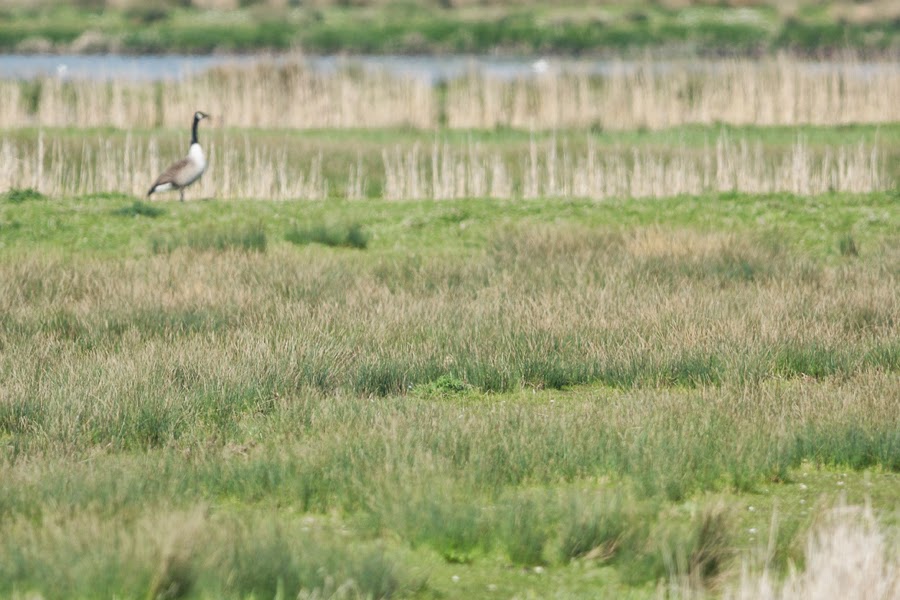 The view throughout the afternoon.  Not great.  It's,... it's in the rushes. 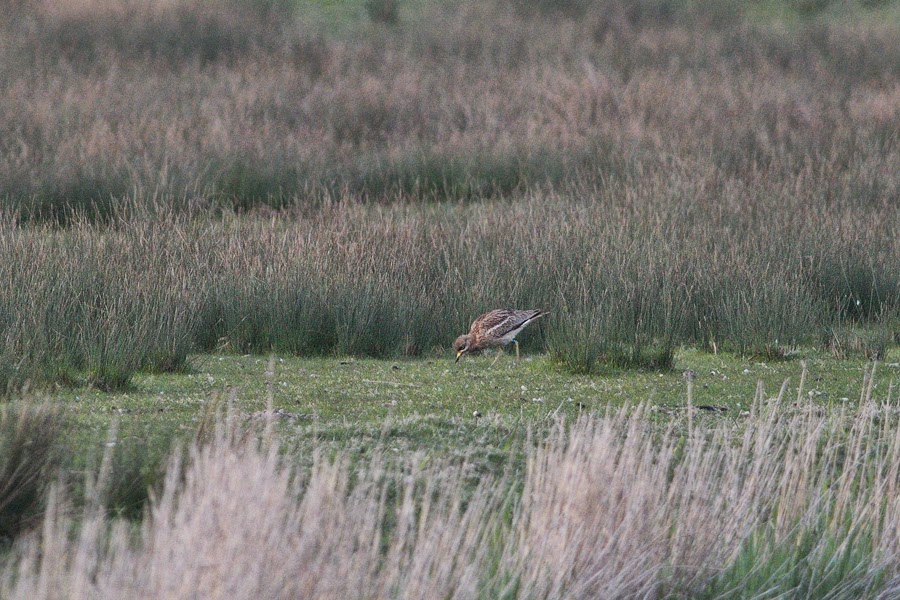 And then, rather predictably, it came out to play at dusk. 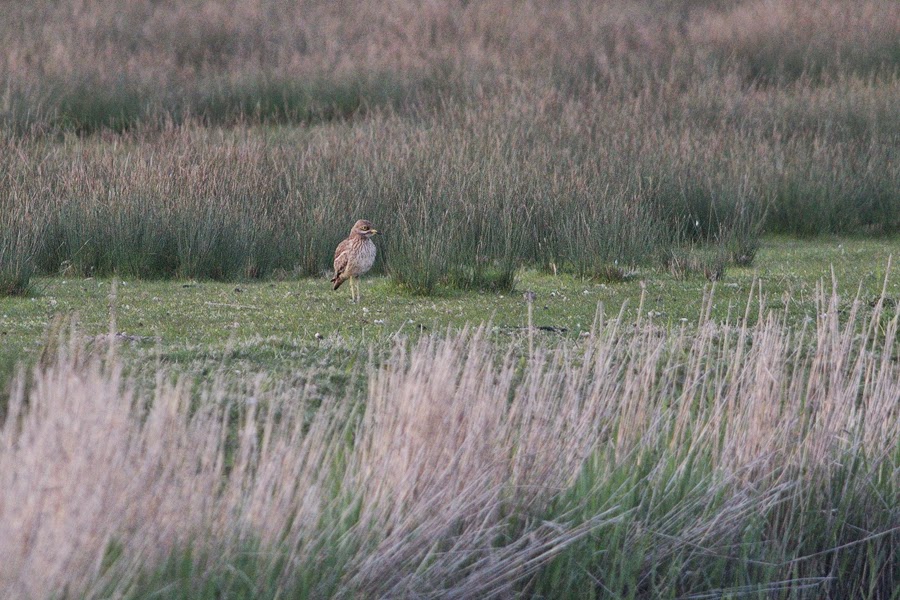 Ended up coming reasonably close.  Which was handy for the patient few and/or wily types who rocked up late in the day. 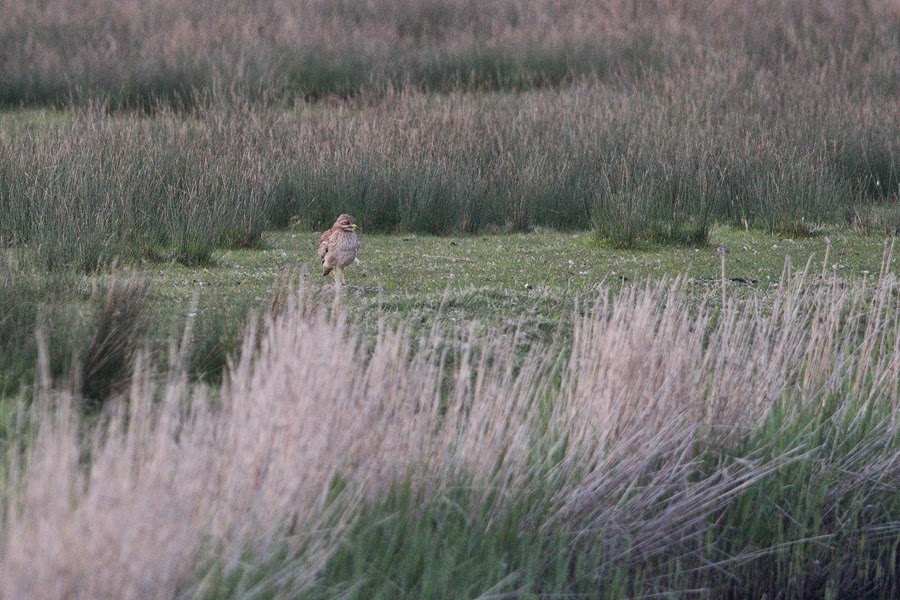 Though not doughnut distance,... and it was dark,... hence the gawd awful pics.


By the way, the bird was/is colour-ringed and seems to have been ringed in 2010 at Porton Down on the Wiltshire/Hampshire border.  Thanks to Messrs Rylands and Tomalin for the rapid provision of information.
Posted at 23:19 No comments:
Email ThisBlogThis!Share to TwitterShare to FacebookShare to Pinterest
Newer Posts Older Posts Home
Subscribe to: Posts (Atom)