"And, lo, the angel of the Baker came upon them, and the glory of the Baker shone round about them: and they were sore afraid.  And the angel said unto them, Fear not: for, behold, I bring you good tidings of great joy, which shall be to all people.  For unto you is baked this day a Saviour, which is Loaf of Banana." 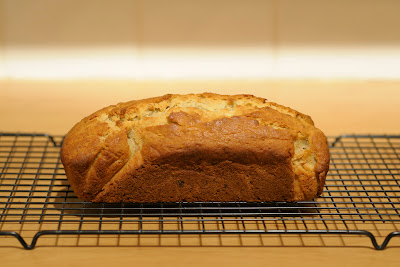 Whenever I make a cake I like to extract it from the oven to the rumbling double low C of the opening sequence of Richard Strauss' Also sprach Zarathustra before, oven-gloved, cake tin held aloft, parading around the kitchen, lounge and hallway with the brass fanfare and dawn motif of the Einleitung, oder Sonnenaufgang announcing the arrival of yet another culinary masterpiece. I do this because it is 'the right thing to do' and is in no way 'over the top'.
Posted at 23:17 2 comments:
Email ThisBlogThis!Share to TwitterShare to FacebookShare to Pinterest 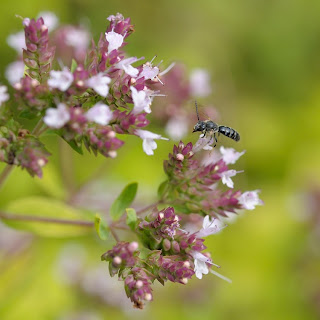 Are Lasioglossum bees identifiable in the field or from photographs? Or are they widdy little entomological enigmas wrapped in a mini-beast mystery?

Posted at 17:43 No comments:
Email ThisBlogThis!Share to TwitterShare to FacebookShare to Pinterest 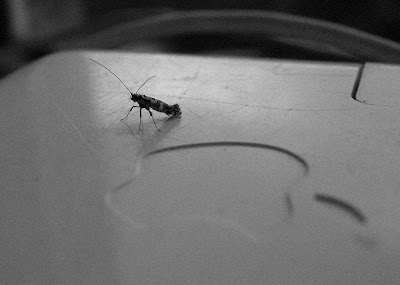 A still taken during rehearsals for my ground-breaking stage production of Mean Streets.  All the parts are to be played by micro moths and, instead of Little Italy, the drama unfolds against a gritty backdrop of a post-apocalyptic dystopia where every small time hood struggles to succeed amongst a decaying architecture of discarded technology.  In this pivotal scene Charlie (played by Caloptilia [or should it be Gracillaria?] syringella) approaches the alter of the fallen Apple and delivers his personal philosophy on confession, sin and penance:

"... It's all bullshit except the pain, right? The pain of hell. The burn from a lighted match increased a million times. Infinite. You don't fuck around with the infinite. There's no way you do that..."


I think we all know this is going to be great.  The only problem I foresee is choosing between the West End or Broadway,... well that and the fact that the cast are tiny, virtually uncontrollable invertebrates, most of whom I struggle to tell apart.

But apart from that,... this is going to be great.
Posted at 23:38 No comments:
Email ThisBlogThis!Share to TwitterShare to FacebookShare to Pinterest

There is no Plan B 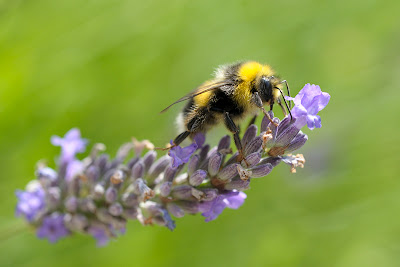 I'm persisting with this,... 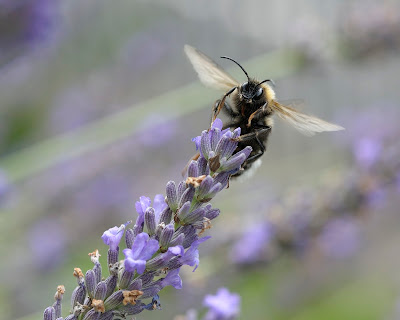 ... and there's nothing you can do to stop me.
Posted at 17:52 No comments:
Email ThisBlogThis!Share to TwitterShare to FacebookShare to Pinterest 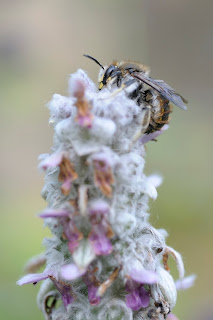 Another one from the bee reserve/front garden. Male Wool-carder Bee Anthidium manicatum on Lamb's Ears Stachys byzantina, this individual was feeding at the flowers (rather than collecting fibres [do males collect fibres for nesting?]). 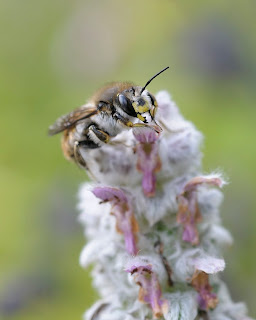 Fiesty little bugger, check out those mandibles (and there's five abdominal spines at the other end), attacked any bumblebee that attempted to feed on one of his favoured flowers. By the end of it he looked knackered, either exhausted from all the buster-boofing or one of the bigger boys had given him a slap.