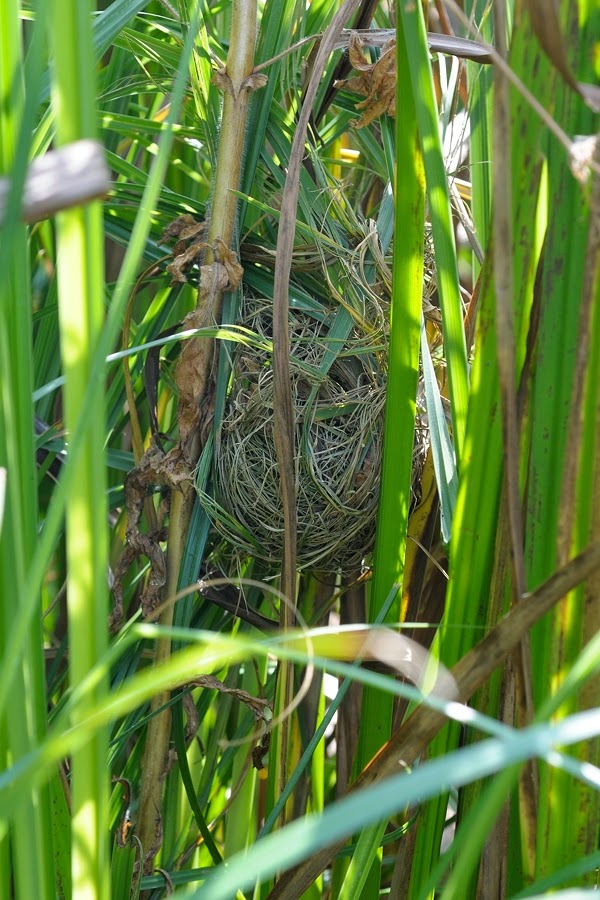 Harvest Mouse nest attached to Great Willowherb in a jungle of Greater Pond Sedge.  If you put your ear to it, you can hear the distant piping of the Marvellous Mechanical Mouse Organ from somewhere deep within.

Posted at 00:29 No comments:
Email ThisBlogThis!Share to TwitterShare to FacebookShare to Pinterest

Spent most of this wonderfully hot and humid week up to my sweat/sunscreen-filled eyeballs in aquatic (and other, largely stingly/prickly) vegetation.  Heard a Kingfisher, found a Harvest Mouse nest and a brood of Tufted Duck, was bitten by horse flies, mosquitoes and red ants, and have had enough of Water Voles for the foreseeable future.  Also had a very showy, bordering on nonchalant, Water Vole during a quick stop at Magor Marsh but little there in the way of bird interest.

PS. Can anyone identify the fungi in the image below?  Three appeared in a plant pot out front this week, almost certainly a garden tick if someone can put a name to it. 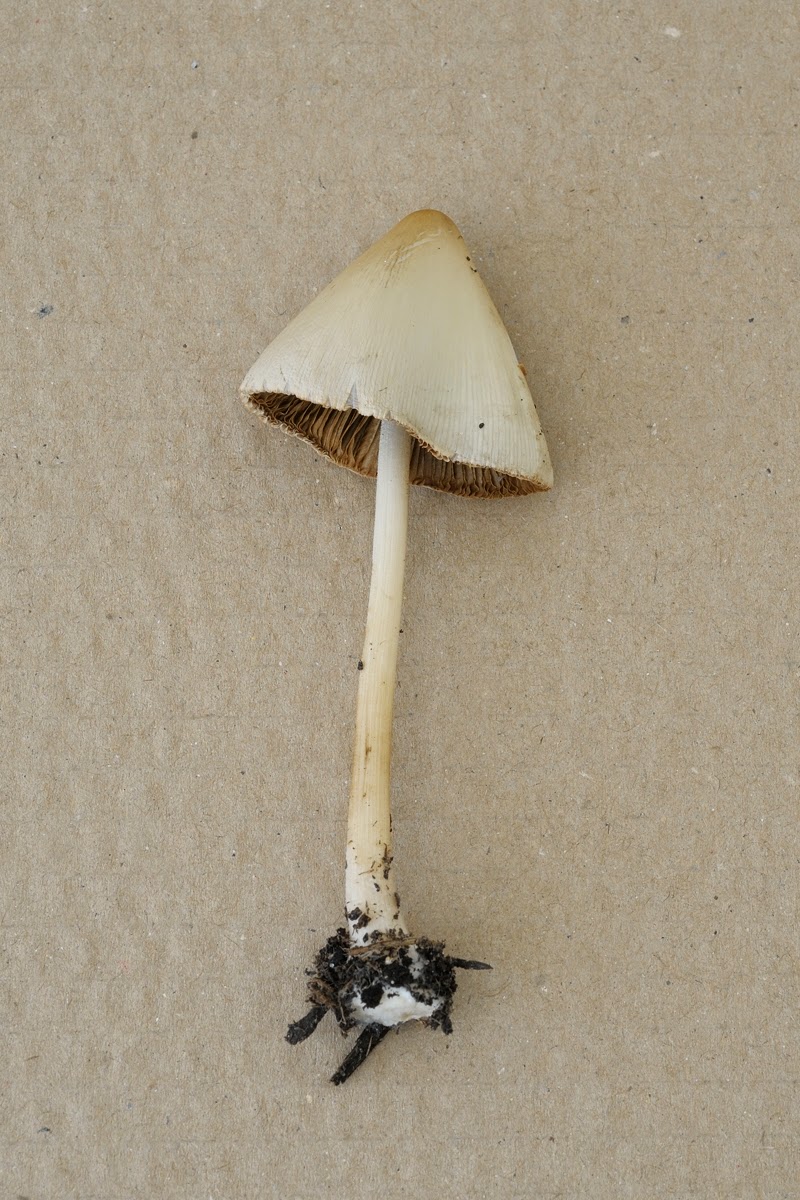 When they first appeared the colour of the cap was shiny and a sandy-yellow (a little brighter than the tip is here) which bleached over a couple of days to this. This one measured 10 cm from tip to 'root' and could neither speak English nor play the piano.
Posted at 18:35 No comments:
Email ThisBlogThis!Share to TwitterShare to FacebookShare to Pinterest 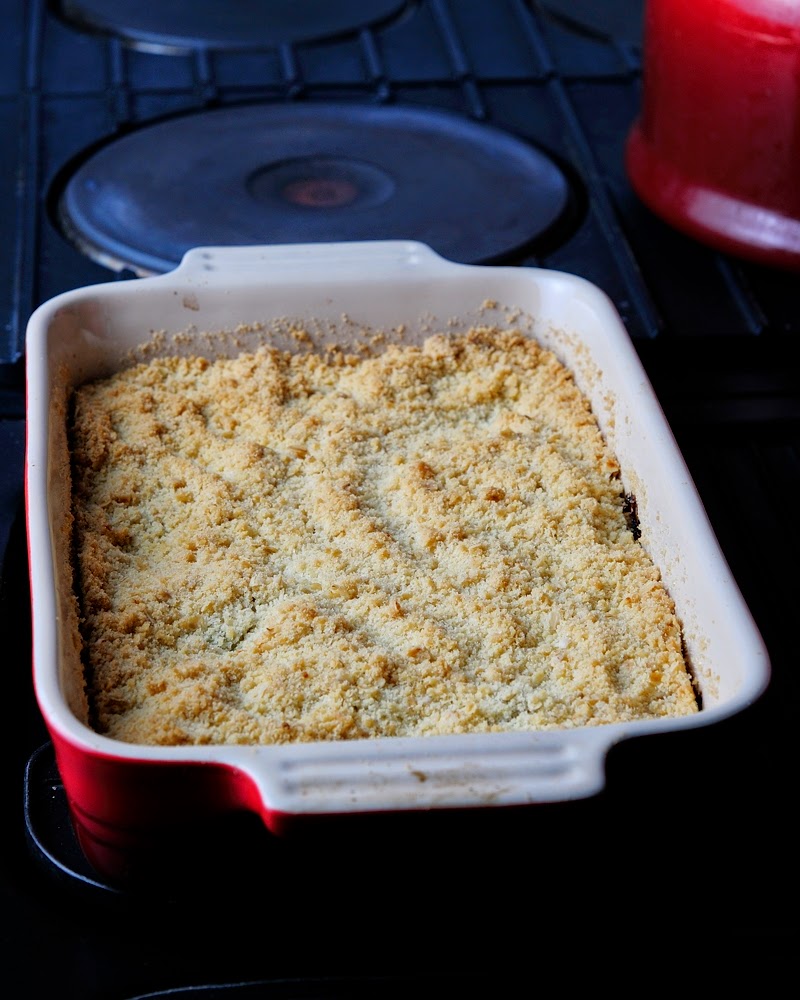 Home-grown rhubarb, homemade crumble,... custard on the way.  Yummers!
Posted at 21:36 No comments:
Email ThisBlogThis!Share to TwitterShare to FacebookShare to Pinterest 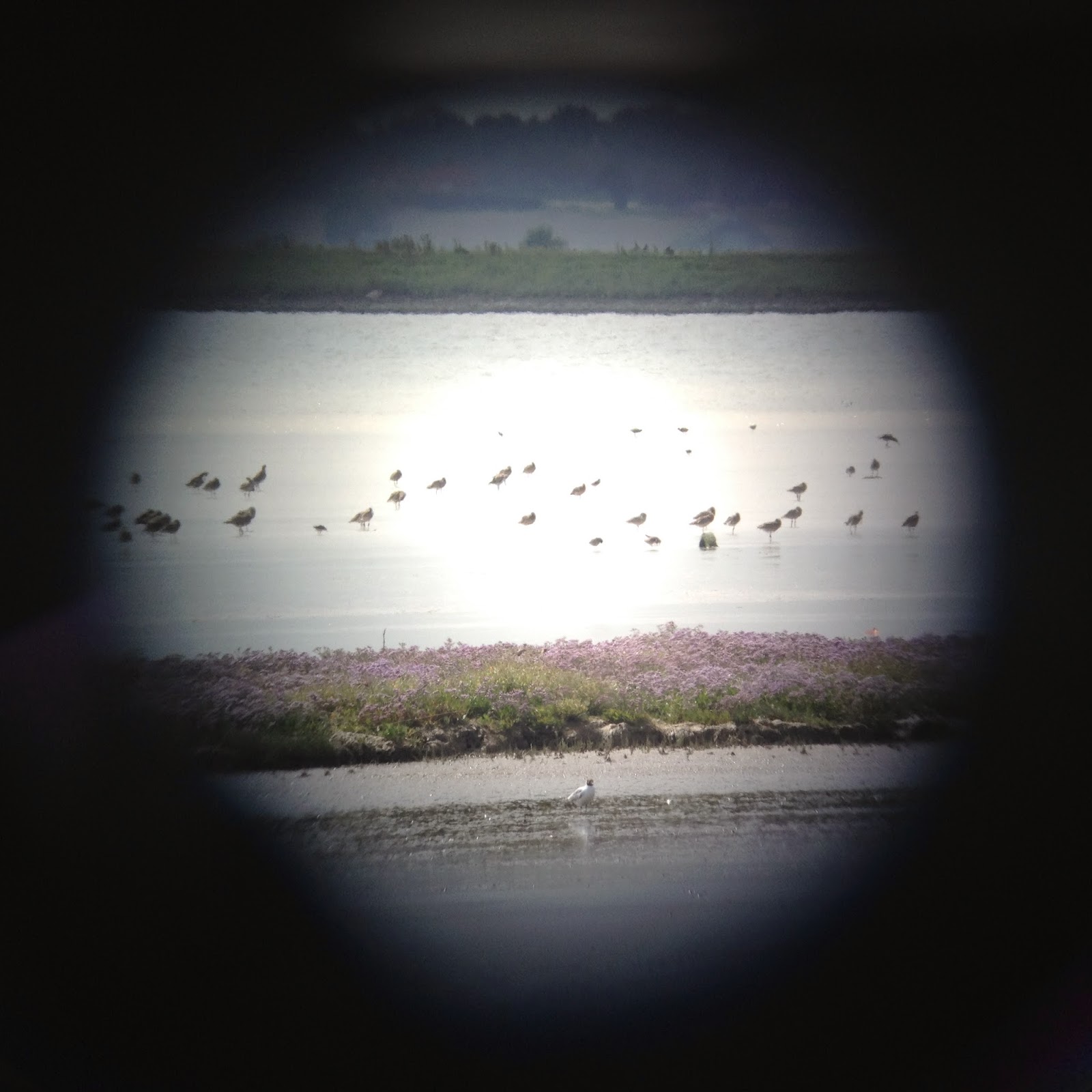 The greatest of Knots, partially obscured by a Redshank and phone-scoped from within a rolled up carpet whilst suffering from temporary tunnel vision.  Fusion technology performance art at its very best.  Luckily, before the bird moved onto the mudflats to feed, half decent views had been secured as it repeatedly flitted around in the wader roost amongst the Sea Lavender in the foreground.
Posted at 23:10 No comments:
Email ThisBlogThis!Share to TwitterShare to FacebookShare to Pinterest
Newer Posts Older Posts Home
Subscribe to: Posts (Atom)