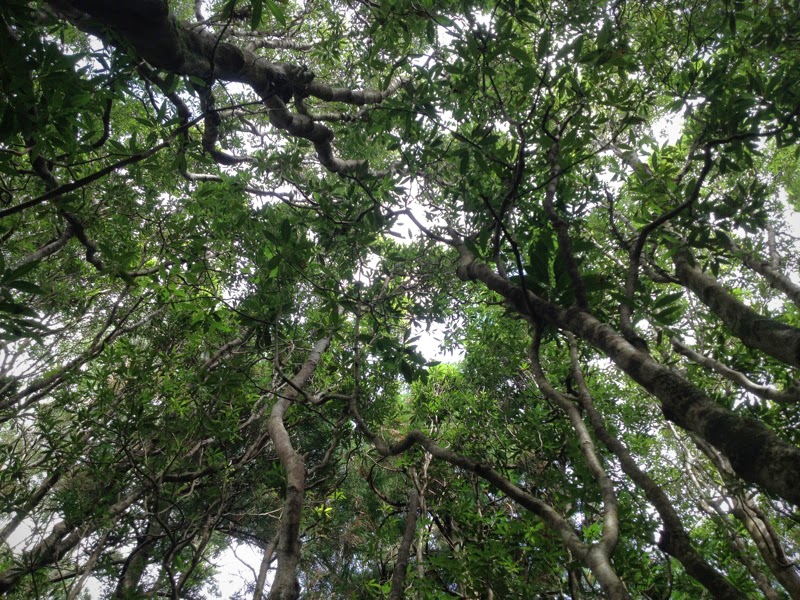 A very brief summary of the last three weeks on one small rock and one slightly bigger rock in the middle of the Atlantic Ocean,... [yanks in bold.]

Birds I saw…
Great Shearwater, singles off the windmills on 15th and 23rd. Only small numbers seen this year.
Storm petrel sp., probably Leach’s distantly off the windmills on 15th.
Spoonbill, one alive on 6th-8th then very dead on 9th.
Common Kestrel, one over the slopes above the village on 7th.
Dotterel, one, first seen on the 15th, bagged it on the 18th.
European Golden Plover, one near the reservoir, bagged it on 15th, Azores tick, have now seen all three of the golden plovers in the archipelago.
Little Stint, in and around the old harbour during most of the first half of my stay, Corvo tick.
White-rumped Sandpiper, one to six on most days, a maximum of 10 were recorded on the island on 15th and 17th.
Wilson's Snipe, one, which had been seen near Fojo on 13th, bagged near the junction of the middle and lower roads on the 14th, also missed one in the old harbour.
Spotted Sandpiper, one present from 8th, bumped into it on 23rd.
Lesser Yellowlegs, one present from 9th in the village and around the reservoir, bumped into it a few days later.
Willet, one at ETAR (a charming acronym for a sewage outfall) at Ponta Delgada, Sao Miguel. WP tick yay! [NB. You can here a brief recording of this bird on my SoundCloud site here.]
Skua sp., one probable Pomarine distantly off the windmills on 15th.
Eurasian Collared Dove, two in or near Lapa most days, Corvo tick, their westward expansion is now seemingly complete.
Yellow-billed Cuckoo, one in the village fields just south of the wind sock on 20th. Blanked the different bird which turned up on the following day.
Snowy Owl, female, just south of, then heading north over, the Lighthouse Valley on 7th, don’t think it was seen again after that, perhaps it just kept heading north. Azores mega tick!
Buff-bellied Pipit, saw singles at/around the reservoir on 8th, and at the dump on 19th, never did catch up with the flock of four to five knocking around.
Common Chiffchaff, my best find of the trip, two or three in the Tennessee Valley on the 23rd, Azores tick!
Northern Grey Shrike, Lanius excubitor borealis/Lanius borealis, one in the Lighthouse Valley on 18th, 1st for Azores (whatever taxonomy proves most popular), potential 3rd for the WP (if Northern/borealis gets split) and potential 1st subspecies record for WP (if borealis ID can be proven or is assumed on location/prevailing weather at the time). A world tick for this subspecies for me.
Red-eyed Vireo, found one in the village fields on 12th, blanked the others.
Blackpoll Warbler, one seen twice in different spots in the village fields on 20th, cracking views near the runway.
Scarlet Tanager, one present from 9th in the Tennessee Valley, bumped into it on 14th. Blanked the other two reported individuals.
Snow Bunting, one near(ish) the reservoir on 18th, blanked the other reports.
Rose-breasted Grosbeak, one present from 9th in the Tennessee Valley, bumped into it on 14th. Another was reported,… blanked it.
Bobolink, one in the village fields on 10th and 11th, showed really well, as per ever on Corvo.

Birds I dipped…
At least three Grey Phalarope (Aaargh! Potential Azores tick), Long-eared Owl (on Sao Miguel, starting to think these are mythical creatures on the Azores), one Yellow Wagtail, one or two Black-and-White Warbler (gawd knows why I even went looking for it/them), one Common Yellowthroat (see note for Black-and-White Warbler) and one or more widely ranging ‘north-western’ Redpoll.

Birds I blanked in the hope that if I kept ploughing my own furrow I might have a better chance of finding something good…
One Spotted Crake (potential Azores tick in the wrong place [Cantinho/Cancellas] at the wrong time [late in the afternoon]), one Corncrake, one Pectoral Sandpiper, several Willow Warbler, one Philadelphia Vireo, several Red-eyed Vireo, two Northern Parula, one Black-throated Green Warbler, one Lapland Bunting and one Indigo Bunting. 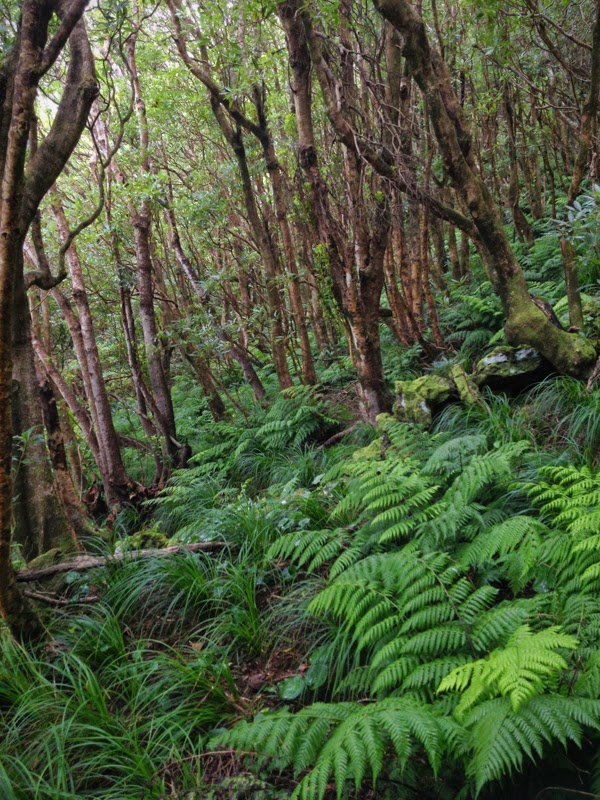 Dense secondary woodland on the slope between Da Ponte and Pico. 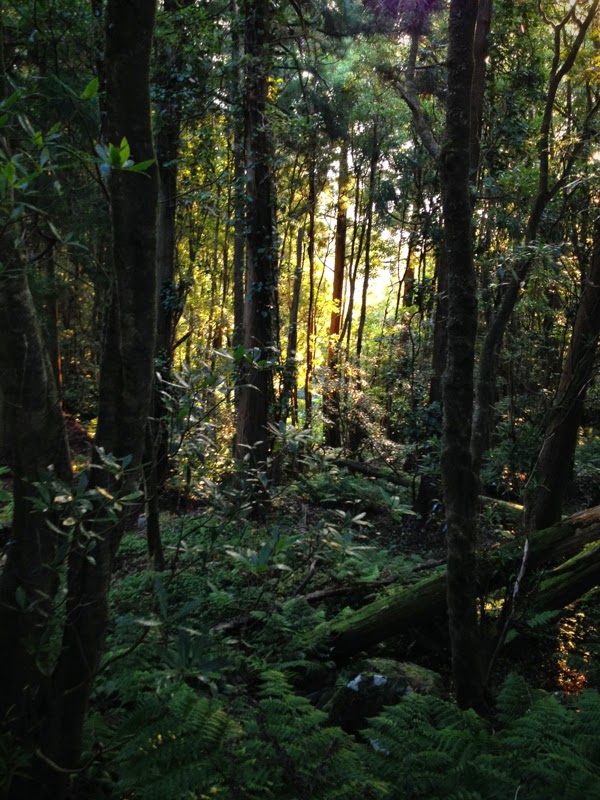 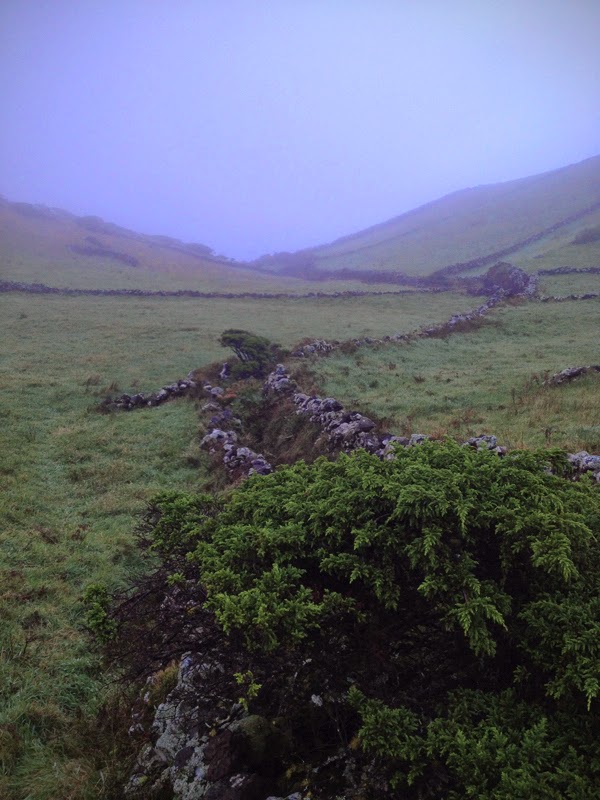 The very uppermost part of a misty Tennessee Valley.

Posted at 16:44
Email ThisBlogThis!Share to TwitterShare to FacebookShare to Pinterest