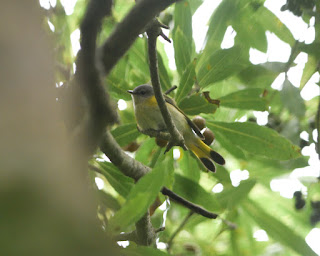 Record shot of the Yankstart, since the initial sighting(s) it has proved difficult to see and even harder to photograph.  Note the missing central tail feathers, made it look very odd in flight.

PS. Does this picture look fuzzy?  Looks fine on my screen in the RAW converter but totally bollocksed in Blogger.  Gawd knows what is going on.

Posted at 20:02
Email ThisBlogThis!Share to TwitterShare to FacebookShare to Pinterest