The last week on the patches

A reasonable mix of stuff on the local patch over the last week or so.  The two Temminck's get top billing but also Curlew Sand, two Med Gulls, Hobby, 30+ Turnstone, a few White Wags, handful of Groppers, Spotshank, Greenshank, Whimbrel and Barwit passage picking up, Blackwits, a few Grey Plover, up to c.600 Dunlin, Greenland Wheatears and the odd Snipe still around.

And on the local local patch, Hobby, a couple of Common Sands and breeding Reed Bunting. 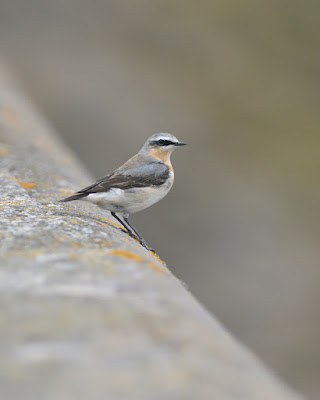 Chunky Wheatears passing through Goldcliff, presumably on the way to Greenland. 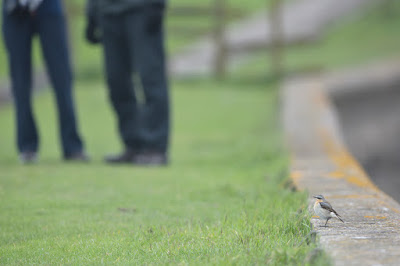 Wheatear with grockle admirers.  Everyone loves a Wheatear.

Second calendar-year Tropicbird Gull.  If we assume the gull is about 60 cm bill to tail, then the 'tail' of anthropogenic detritus is about 6 m long!  As with every gull trailing crap, this one put the fear of Christ up everything as it flew over the lagoons.

Posted at 23:44
Email ThisBlogThis!Share to TwitterShare to FacebookShare to Pinterest