Another half-decent few hours at a chilly and westerly swept Goldcliff Point (luckily we were tucked out of it with tea and chocolate biscuits on tap).  Highlights included: adult Little Gull, Great Northern Diver (it's been a good year for these), two pale phase Pomarine Skuas, two Great Skuas (one coming right in over the point) and 22 Kittiwake.  The one member of 'Team Point' doing a Gwent year list was beside himself with glee.  Unfortunately this was the end of the era of comfy seawatching, from now on it's back to the sea-wall with us.  This time next week it will be a flask of lukewarm, metallic-tangy tea; the twin trails of nose across glove; and the creak and squeal of compacted spine and corroded tripod head,... *sob*.

At Goldcliff Pools conditions were bloody awful (neither tea nor biscuits on tap) and only a Greenshank made it into the notes app. 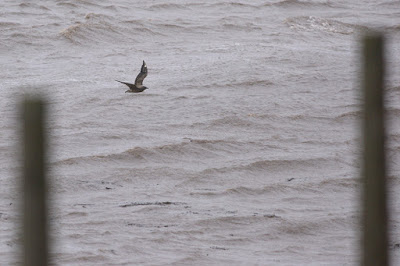 Bonxie coming in to the point,... 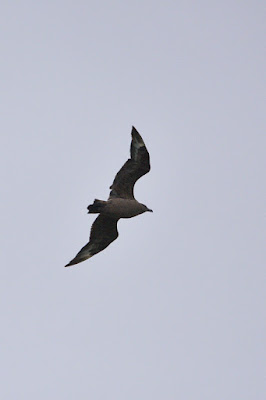 ... Bonxie passing over the point.

Posted at 19:06
Email ThisBlogThis!Share to TwitterShare to FacebookShare to Pinterest