Time for a few posts on Azorean bugs, first up, the Odonata. I've only ever noted two species on Corvo, most visits just one,... still awaiting a Green Darner Anax junius. 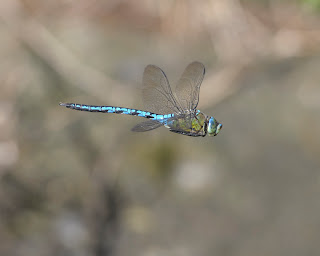 Emperor Dragonfly Anax imperator, I only remember having seen a couple to date, one in 2006 and that pictured above, on 13th October this year. 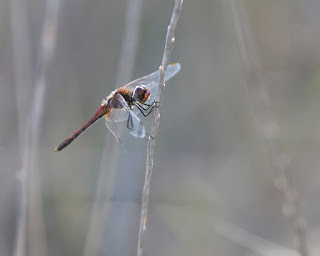 Red-veined Darter Sympetrum fonscolombii, quite common and seen most days on the rock.
Posted at 21:41
Email ThisBlogThis!Share to TwitterShare to FacebookShare to Pinterest