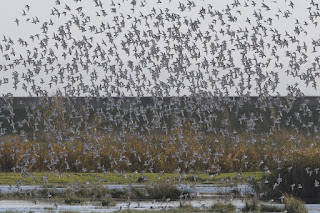 Pottered around the reserve this afternoon in a vague attempt at relocating the Great White Egret. Given it appears to have buggered off west before I arrived, it will come as no surprise that I didn't 'connect'. Did have over 4,000 Dunlin on the reserve though, the vast majority out on the grasslands. Other things I wasn't looking for but did bump into included: a ringtail Hen Harrier, a 2nd cal-year male Marsh Harrier, a couple of fence-hoppers in the form of 'Barney' the friendly Barnacle Goose and the Chinese Goose, a reasonable total of 82 Snipe and a Chiffchaff. 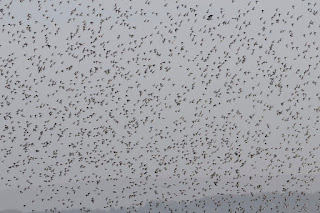 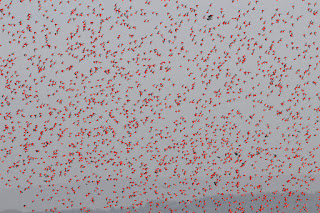 Because I counted 'em. A Friday night well spent, I'm sure you'll agree.


PS. Also dipped on the Tredegar House Hoopoe/Jay/Mistle Thrush (delete as appropriate) this morning just for the sheer hell of it.

Posted at 23:43
Email ThisBlogThis!Share to TwitterShare to FacebookShare to Pinterest

Where is Tredegar House? Gwent/Glamorgan (delete as appropriate)

I always thought Tredegar House was the 17th century architectural wonder situated in 90 acres of beautiful gardens and parkland just outside Newport, and hence in Gwent. However, given the Hoopoe news was disseminated on the Glamorgan sightings page, perhaps I am mistaken.

Did you count them manually or got some kind of counting software?

I counted them manually but I'm working on the software, there is stuff out there that should be able to do the job, just need to do a bit of testing.