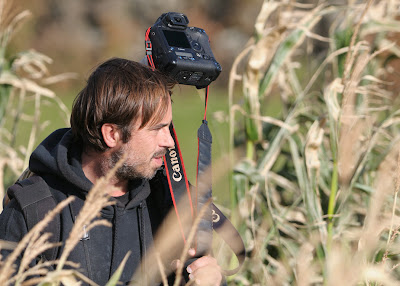 Birder of the corn

The vanguard have arrived on Corvo. David is already in the field and blogging at http://birdingcorvo2013.blogspot.pt/ and rarity news will appear at http://azoresbs.weebly.com/index.html and http://azores.avesdeportugal.info/ (click on Notícias dos Açores then Registos de Outubro de 2013). Peter will also be blogging at http://peteralfreybirdingnotebook.blogspot.co.uk/ as will I at some point,... I might even spew forth a tweet or two, given a bit of luck and a fair wind.  So, whether you are on Shetland, Scilly or Svalbard, you now have absolutely no excuse not to be bang up to date when moaning about the fact that Corvo is on the American plate and shouldn't really count as the WP.

Of course, one year we will all get out there and find absolutely nothing, at which point I predict a rapid descent into a Lord of the Flies scenario culminating in mass cannibalism.
Posted at 19:48
Email ThisBlogThis!Share to TwitterShare to FacebookShare to Pinterest

*Actual length of time may be shorter than that stated above.