A short morning pottering on Sao Miguel produced 15+ Whimbrel, a Knot and a Bar-tailed Godwit at the airport; and four Semi-palmated Plover plus a smattering of White-rumped Sandpiper at Mosteiros. 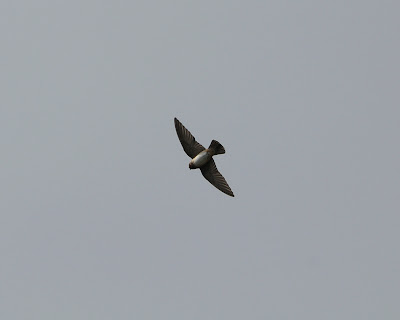 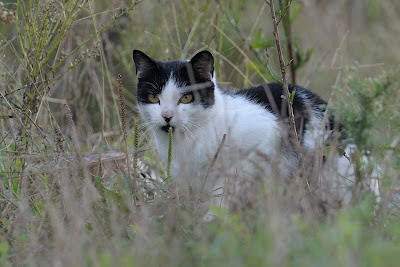 Then it was into the fields to be stalked at every turn by the hordes of feral cats, until... 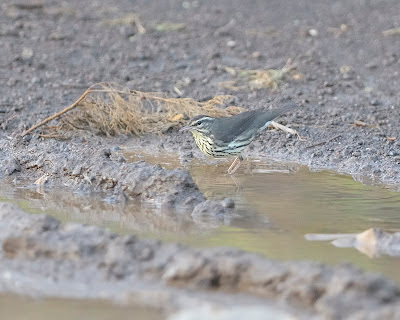 ... on rounding a corner we stumbled on an excited Finn watching a Northern Waterthrush in a puddle. Jubbly.

[Addendum: There seems to be some discussion over the identification of this Northern Waterthrush, I'd guess largely due to the high ISO, slightly over-exposed, noise-reduced-to-hell-and-back jpeg posted by Peter here. Not having Pyle to hand (I know, I know, I forgot to pack it), the following is heavily indebted to 'Separating Louisiana and Northern Waterthrushes' c/o Belltower Birding.

Our bird showed the following features:


All the above seem to lean towards Northern,... granted the legs were quite pink though.] 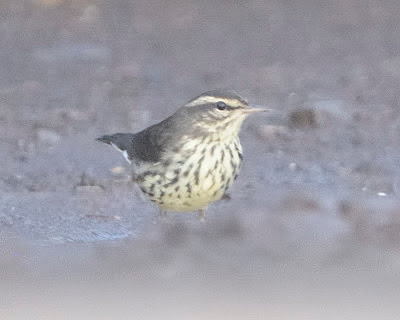 Another god awful heavily cropped image for your delectation.

Posted at 23:53
Email ThisBlogThis!Share to TwitterShare to FacebookShare to Pinterest