Up to the reservoir first thing, visibility down to about 10 metres and Solitary Sand and White-rumped Sands down to three metres. Then started yomping down to drop out of the fog only for news of a Dickcissel in the village to quicken our pace (run number one for the day). 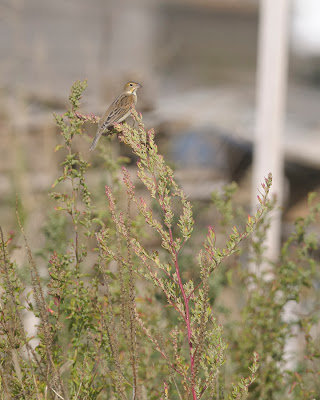 Then lunch was interrupted by Ernie relocating the Tennessee Warbler (second run of the day), unfortunately, the bastard thing had disappeared into the boundless, wind-whipped Tamarisks before I rocked up. The only thing I bumped into coming the other way as I fought my way through the jungle was this,... 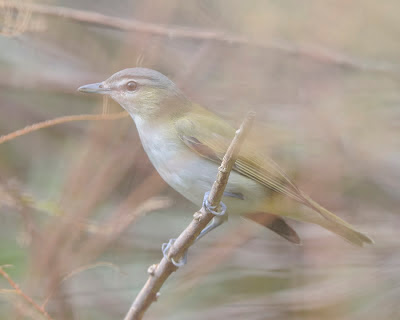 The wrong sort of vireo.

Then the news of a Philadelphia Vireo (one of the right sort of vireos) filtered through from Da Ponte and its time for the third run of the day only to end up in yet more wind lashed habo,... another dip. The plan to potter back was then royally buggered when Eric refound the Tennessee in the village and, yes, I'm running again, only to take the wrong track and miss tickable views by seconds.

It is at this point when I dropped a C-bomb so large it rendered half of Villa do Novo an uninhabitable waste. Half the population is now homeless, wandering through the rubble, in wide-eyed shock.

Then the bird reappeared, more scrambling and it finally fell. Two mega ticks in a day, the Philly can wait until tomorrow. Nice. 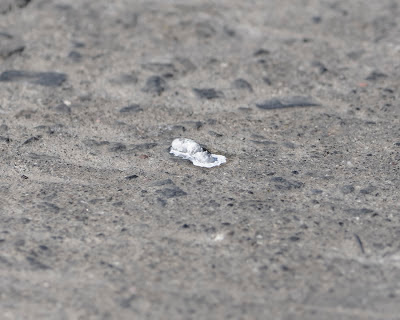 White-rumped Sandpiper poo. One for the Wildlife Photographer of the Year Competition.

Posted at 20:58
Email ThisBlogThis!Share to TwitterShare to FacebookShare to Pinterest